Our assistance has no strings attached- Chinese Ambassador to Ghana 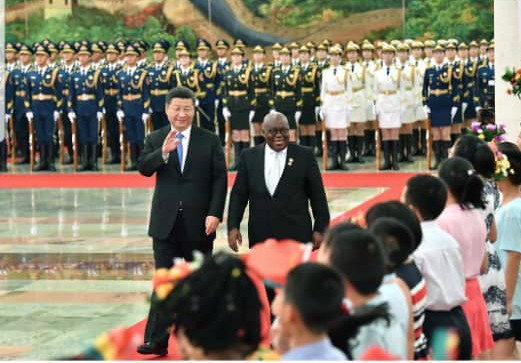 Chinese Ambassador to Ghana has brushed off public criticism over a possible StarTimes deal with the government, insisting his country has no intention of taking over Ghana’s properties.

Shi Tin Wan said his country believes in the sovereignty and independence of the countries it supports and will at no point impose its will on them or interfere in their activities.

At a programme to launch StarTimes Satellite TV decoder at Akweibu Basic School in Accra, the Ambassador said the Chinese government believes in five major principles including a decision not to offer assistance with strings attached.

The launch of the satellite decoders was part of a major policy to launch satellite TV in 300 villages across the country.

The policy is partly to deepen ties between the two countries.

Joy News’ Emefa Dzradosi reported the StarTimes Ghana, Chief Operating Officer, Mr Felix Ahozo as saying there will be 20 channels on the decoder some of which will air African content predominantly on Ghana’s Adepa TV.

But even before the first satellite TV will be launched there has been a barrage of criticisms with civil society groups, including the Ghana Independent Broadcasters Association, accusing government of handing over the country’s digital space to the Chinese broadcaster.

They cite attempts to hand Startimes a new contract for the extension of digital terrestrial television platform across the country.

GIBA has also objected to the agreement between the government and StarTimes, dubbed Access to Satellite TV for 300 Villages in Ghana which will benefit 6,000 households.

According to GIBA, the 300 community TV project will conflict with a roadmap for Ghana’s Digital Terrestrial Television (DTT) migration.

GIBA has consequently accused the Ministry of offering a “sweetheart” deal to Chinese television station StarTimes.

But the Chinese government’s representative has allayed fears of any takeover.

Speaking on the matter for the first time in Accra at the launch of the satellite project Shi Tin Wan said his country has no ill intentions.

“The project is another kind of step aimed at covering lots of people to access TV information on national and international levels,” he said.

He believes the project will rather broaden the knowledge and welfare of beneficiary communities.