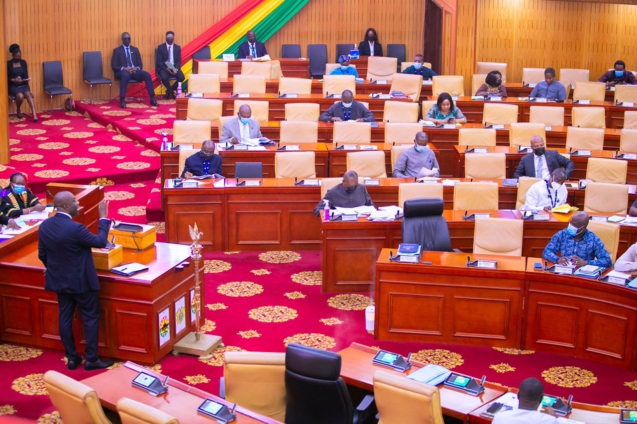 The Local Government Committee of Parliament is set to meet the Employment Ministry and the Fair Wages and Salaries Commission (FWSC) today over demands by the Civil and Local Government Staff Association, Ghana (CLOGSAG).

The Committee is hoping to get government to commit to payment of their allowances, including the controversial Neutrality Allowance.

Several engagements with government had yielded no results, but the Committee has waded into the matter to bring some finality to it.

A Ranking Member on the Committee, Edwin Nii Lantey Vanderpuye, told JoyNews they have engaged the Finance Ministry on what has been done concerning the matter.

“We’re trying to make sure we expedite work on what they are doing; there are few naughty areas that had to be addressed so that the letter of comfort that CLOGSAG has been asking for will be ready.

“Since they have agreed already in detail, that this is something they are going to pay, we see what they can do. In fact, CLOGSAG has conceded and after briefing today, we can say that the onus of resolving this situation lies within the scope of government and the Ministry,” he said.

Mr Vanderpuye said a passionate appeal has been made to CLOGSAG to resume work.

“They assured us that if we could get the Ministry to get them the letter they are asking for, they’d resume work…so, we are going to confer with the Ministry to make sure that they listen to the plea of Ghanaians and do it.”

It argues that the neutrality allowance ensures that civil and local government workers do not engage in partisanship while conducting their affairs when they are in their various offices.

Many renowned people have criticised the workers for their decision to strike.

Personalities, including the Vice President of IMANI Africa, Kofi Bentil, and the Executive Director of the Institute for Democratic Governance (IDEG), Emmanuel Akwetey, have asked the civil servants to resign if they cannot stay neutral in the discharge of their duties.

Other organisations have called on the Association to reconsider their decision and come back to work.

Despite these criticisms and persuasion, the civil servants insist that the industrial action will only be called off when the government is firm on its promise to pay them the neutrality allowance.

Meanwhile, timelines for submitting the payment plan elapsed more than a week ago, with the government yet to return to the negotiation table.

The legislature is the latest institution to intervene to convince CLOGSAG to call off its strike.