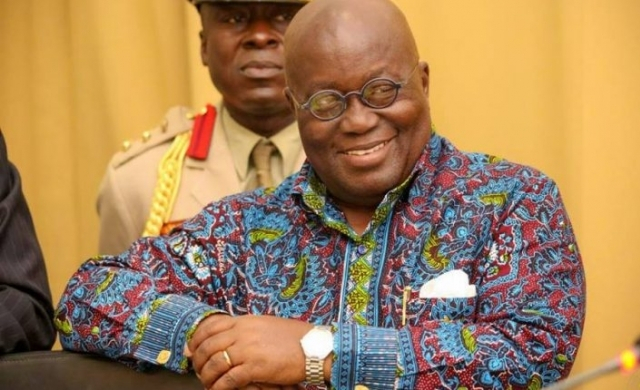 The concession agreement with Power Distribution Services has been terminated on the instruction of the President, Nana Akufo-Addo, highly placed sources have told myjoyonline.com.

A formal announcement of the decision is expected in the coming days.

A termination brings to an end, PDS’ short-lived control of the country’s electricity supply.

The company was engaged in March but since its suspension on July 30, PDS had been embroiled in a corporate governance tussle among the shareholders.

A Ghanaian local consortium holds the 51% of the shares while the remaining 49% shares are for two foreign companies, Manila Electric Company Limited (Meralco), a Filipino company with 30% shares and Aenergia, an Angolan company with 19%.

The opposition sees the offloading of Meralco’s shares as evidence of clandestine attempts by the government to loot the assets of Electricity Company of Ghana taken over by PDS.

PDS was suspended after the government said it suspected the agreement was tainted with fraud.

The transaction advisor, MiDA, set up an investigative body into the allegations and cleared PDS of fraud.

Despite the clearance in August, PDS remained suspended and government has now taken a decision to cancel the agreement, sources have maintained.

The Energy Ministry when contacted said no such decision has been made.

The history of the PDS saga

In this write-up we trace the history of PDS, what is PDS, who are the shareholders, why we are where we are, and what the authorities are not saying.

In 2014, as part of the conditions that government needed to satisfy in order access a second Millennium Challenge Compact, christened the Ghana Power Compact, private participation in the management of Ghana’s debt-ridden energy sector was mooted. The Compact II would see Ghana receive $498.2 million from the Millennium Challenge Corporation of the United States to advance economic growth and reduce poverty in Ghana.

According to the Millennium Development Authority, MiDA, the supervising agency of the MCC Compact, the power compact was to, “directly support the energy sector strategic objectives to achieve power supply sufficiency including exports to neighbouring countries, and also supply power for new oil and gas-based industries.”

The John Mahama government announced the decision to, under the Compact II agreement, enter into a concessional agreement where a private company would take over the management of the largest power distributor in the southern part of the country, the Electricity Company of Ghana. The announcement was however met with resistance despite strenuous clarification and explanation by the government that the strategic national asset was being privatized. The workers of ECG held several public fora and protested the decision, arguing that if the government paid its debts to the power distributor and made the necessary investments, the company was capable paying its supplies and proving viable.

Nonetheless, invitations were made for companies wishing to participate in the management of ECG to come forward. In September 2016, the Chief Executive of MiDA, Ing. Owura Kwaku Sarfo announced that out of the over 60 companies that expressed interest in the Private Sector Participation in ECG), MiDA had shortlisted six, out of which one would eventually be selected as the concessionaire.

Two of the six companies were consortiums, with the other four bidding individually.

In a document titled ‘Concession for the management of, operation of, and investments in the electricity distribution business of the Electricity Company of Ghana, Pre-qualification of applicants and release of RFP,’ request for proposals were issued to the shortlisted companies on Tuesday, August 30.

Following the change in government in January 2017, the new government announced it had negotiated an amendment of the shareholding structure to ensure that Ghanaians hold the majority stake in the company. Then Energy Minister Boakye Agyarko said the government wanted 51 percent of the shares to be held by Ghanaian citizens.

Boakye Agyarko is was Ghana’s Energy Minister in 2017

Unhappy with this state of affairs, some of the companies withdrew from the process leaving only two – Consortia – BXC Ghana and Manila Electric Company (MERALCO) from the Philippines, to submit their proposals for the management of ECG.

After evaluation of the two proposals, MiDA, which was responsible for selecting a successful bid, settled on the Phillipino company, disqualifying BXC Consortium on grounds of conflict of interest. The company was faulted for failing to disclose its existing contract with ECG. It, however, sued MiDA, arguing the disqualification was “arbitrary and without basis.” BXC Consortium in its suit, sought $4m in damages – money it contended “it expended in preparing and submitting its bid.” It also sought to injunct the process but the application for an injunction was dismissed. This paved the way for MERALCO to be chosen as the successful concessionaire.

Following this, the Minister revealed that, “By January 25, 2019, all parties must fulfill all their conditions precedent to transferring the operations and February 1, 2019, is the expected transfer date when the concessionaire takes over operations of ECG.” But things didn’t appear to go as smooth. In order to meet the deadline for the take-off of the agreement, the government changed some of the 45 condition precedents to condition subsequent. One of those condition precedents converted into a condition subsequent was a demand guarantee, according to Boakye Agyarko’s successor, John Peter Amewu. The purpose of a demand guarantees is to ensure that whenever the concessionaire fails to honour its financial obligations, ECG can draw from the funds lodged with an insurer by the private company. This demand notice is the subject of controversy and basis on which government suspended the agreement with PDS. The government claimed that the demand guarantees submitted by PDS were tainted by fraud.

Why gov’t was forced to sign ‘fraudulent’ PDS agreement

In a letter dated 21 February 2019, Cal bank wrote to the Millennium Development Authority notifying them of receipt of an amount of 8 million dollars as a deposit towards the payment of the fees and charges for the issuance of the demand guarantees for a total value of 350 million dollars. Then in May, the final installment of 4.25 million dollars was also paid from the PDS account at Cal bank. Government, however, suspended the PDS concession agreement because of suspicion that the guarantees were fake.

The information available to Joy News indicates that once Cal Bank received the payment from PDS it worked with local insurance firm, Donewell Insurance, to finance the deal. Donewell also engaged Jordanian broker, Jo Australia Reinsurance brokers who were tasked to facilitate the required payments for the acquisition of the final demand guarantees from Qatar-based insurance firm, Al Koot.

On June 24, 2019, ECG wrote to the reinsurance company Al Koot to verify the demand guarantees and ascertain the status of the issuer of the guarantees who was identified as Yahya Al-Nouri. Al Koot on July 16, 2019 through its Chief Officer, General Insurance, Mr. Osman Hag Musa, wrote to ECG alerting them to a situation of fraud in which the initial guarantee submitted was allegedly forged by an employee of the company(Yahya Al-Nouri) who lacked the capacity to issue such a guarantee.

Curiously, it emerged Al Koot had in a subsequent letter dated Wednesday 31 July, 2019, written to the insurance brokers (Jo Australia) notifying them of a formal cancellation of the insurance cover they guaranteed. They explained in this letter that they were cancelling the cover because the broker had not paid the premium.

The confusion throws up a number of questions and contradictions.

Where is the $12.2 million PDS paid through Cal Bank to secure the insurance cover?

And why is Al Koot now acknowledging that it had previously agreed to provide the insurance guarantee when it had 15 days earlier written to ECG alleging the cover was procured by fraud?

Information Minister Kojo Oppong Nkrumah said a Ghanaian team of investigators is due to travel to Qatar to probe the issues further. He contradicted fellow Minister, Peter Amewu’s statement that the government, in its bid to avoid missing the deadline for the commencement of the concession agreement, converted the demand guarantee from a condition precedent to a condition subsequent. Mr Amewu was answering criticisms that the government had failed to do due diligence resulting in the reliance on a suspicious demand notice.

He said the government found out through due diligence after the retail business was handed over to PDS in March this year. If the government waited to do the due diligence before the takeover, it may have missed the deadline. But the Information Minister said, “For the avoidance of doubt, the provision of the payment guarantee has always been a condition precedent and was never changed to a condition subsequent as being speculated by some persons.”

Procurement Specialist Kwabena Atta Bedu has argued forcefully the government’s decision is strange to the extent even if the officer at Al Koot that signed the documents exceeded his power, that breach could easily have been remedied. He does not understand why the government took the rather extreme step of suspending the agreement simply because of an alleged breach which could be fixed.