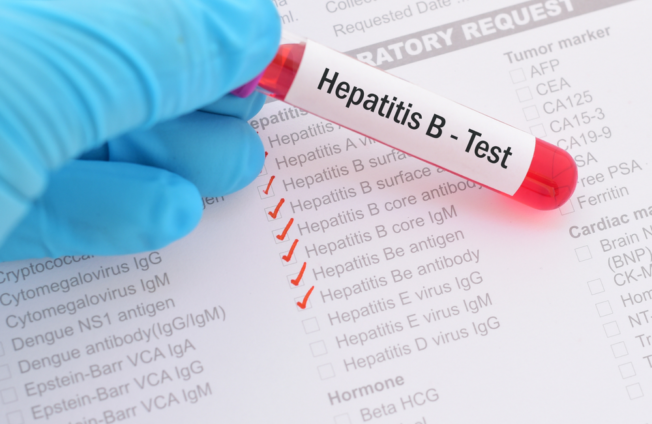 Researchers have identified that people living with HIV who are unvaccinated for hepatitis B are at higher risk for new hepatitis B infections.

This is according to a study conducted by a group of scientific researchers and shared at the 2022 Conference on Retroviruses and Opportunistic Infections (CROI).

It also revealed that a particular high risk was found among those individuals with hepatitis C.

The study strongly recommends Hepatitis B Virus (HBV) vaccination in HBV seronegative people living with HIV even if they are on dual active HIV/HBV antiviral therapy.

Its conclusion is that both Vaccines and hepatitis B virus (HBV) specific antiretrovirals (ART) may offer protection for people living with HIV (PLWH) against acquiring new HBV infection.

This study is very important especially for the African Region because the burden of hepatitis B infection is highest in this part of the world – the WHO Western Pacific Region and the WHO African Region, records that 116 million and 81 million people, respectively, are chronically infected.

The Hepatitis B Virus
Hepatitis B is a potentially life-threatening viral infection that attacks the liver and can cause both acute and chronic disease.

It is therefore regarded as a major global health problem because it can cause chronic infection and puts people at high risk of death from cirrhosis and liver cancer.

According to the World Health Organisation (WHO), an estimated 296 million people were living with chronic hepatitis B infection as at 2019, with 1.5 million new infections each year.

About one percent of persons living with HBV infection, which estimates at 2.7 million people, are also infected with HIV. The global prevalence of HBV infection in HIV-infected persons is 7.4 percent.

But Hepatitis B can be prevented by vaccines that are safe, available and effective.

In conclusion, the study underlining the importance of recommending HBV vaccination in HBV seronegative PLWH even if they are on dual active HIV/HBV antiviral therapy is very critical.

The Study
At CROI 2022, the study presented by Mamta Jain from the University of Texas Southwestern Medical Center on behalf of the five authors, examined the incidence of HBV and factors which predicted risk for acquiring infection among Persons Living with HIV (PLWH) in the US.

Patients with no HIV viral load or CD4 counts as well as those with signs of chronic HBV infection were excluded from the study.

Within two (2) years of study, 80.6percent were on an HBV-specific HIV regimens. Overall, 0.49 percent (n= 60; 65percent non-immune and 52percent with CD4 less than 200 cell/ÂµL at baseline) developed incident hepatitis B during follow-up.

Meanwhile, prior studies from the Netherlands demonstrated a persistent risk for new HBV infections in PLWH receiving 3TC as sole HBV active agent but not necessarily in tenofovir treated patients who were sixteen (16).

Moreover, the US investigators showed that patients with HCV infection were at increased risk for acquiring HBV infection underlining the need for HBV vaccination in this population subgroup.

DISCLAIMER: The Views, Comments, Opinions, Contributions and Statements made by Readers and Contributors on this platform do not necessarily represent the views or policy of Multimedia Group Limited.
Tags:
Conference on Retroviruses and Opportunistic Infections (CROI)
Hepatitis B
Hepatitis C
PLHIV