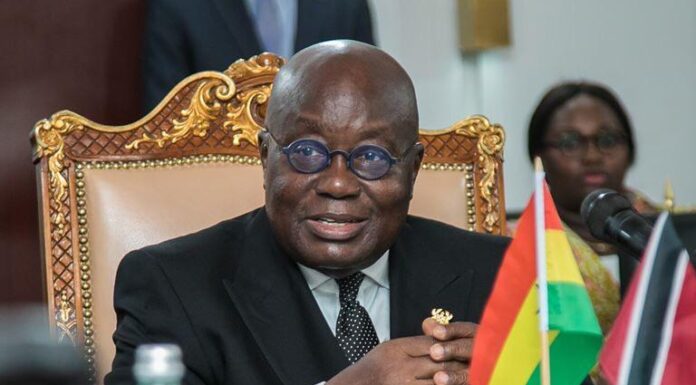 President Akufo-Addo has said that government is committed to ensuring that petroleum revenues are well managed for the benefit of Ghanaians.

Speaking at the launch of the 10th anniversary celebration of the Public Interest and Accountability Committee (PIAC) in Accra on Wednesday, he said government was determined to leverage the country’s hydrocarbon resources for the economic transformation of Ghana.

PIAC, established in 2011, is an independent statutory body mandated to promote transparency and accountability in the management of petroleum revenues in Ghana. The anniversary celebration will be observed on the theme: “Strengthening Citizens Ownership and Understanding of PIAC and its Oversight of Petroleum Revenue Management”.

Congratulating PIAC on its decade of existence, President Akufo-Addo noted that the statutory body since its inception had lived up to its mandate as set out in the Petroleum Revenue Management Act (PRMA), 2011 (Act 815), and applauded it for performing its functions creditably and successfully.

According to him, although relations between the PIAC and government had sometimes been stormy in the past, his administration since 2017 had largely enjoyed cordial and fruitful interaction with the body, resulting in the prudent use of Ghana’s petroleum revenues for the welfare and benefit of Ghanaians.

The President reiterated that the government’s commitment to supporting the PIAC to ensure the efficient management of petroleum revenues for sustainable development, assuring that all budgetary allocation made to the body would be forthcoming and on time to enable it to fulfil its mandate.

He however drew attention to the delay in transmission of information between the PIAC and the Ministry of Finance, resulting in distortions in deadline schedules of reporting obligations of the two institutions, which sometimes stoked needless controversy, and suggested an amendment of the relevant provisions in the Petroleum Revenue Management Act to resolve the situation.

President Akufo-Addo urged the Finance ministry and PIAC to revive the holding of their quarterly meetings to ensure that issues of mutual interest and concerns were addressed through dialogue.

He also appealed to the PIAC to use its publications to provide the general public “with a better understanding of how petroleum resources are managed, and clarify swiftly its position on matters should it be misconstrued in the media space.”

“As we celebrate ten years of PIAC, I encourage the Committee, now more than ever, to continue to engage Government and relevant stakeholders and help work towards the economic transformation of Ghana through the efficient use of our hydrocarbon resources.

“Government is committed to its continued solidarity with PIAC, and assures it of Government’s considerable interest in all of its activities,” he added.