Photos from 2020 political parties debate on education policy in Ghana 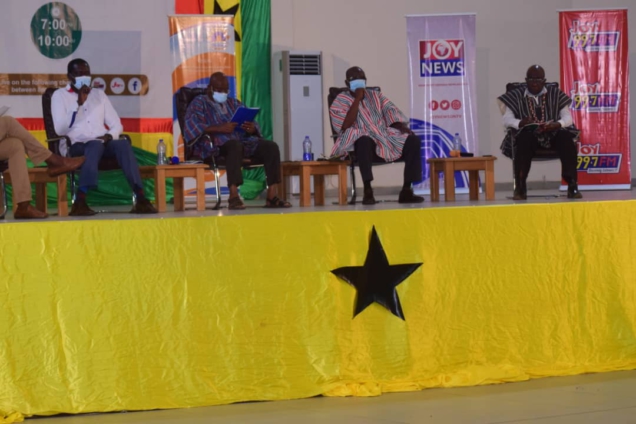 The 2020 political parties debate on the education policy in Ghana organised by the University for Development Studies (UDS) in partnership with NORSAAC and Oxfam came off, Wednesday November 25.

The event was held at the UDS Multipurpose Auditorium, Tamale, and was used to educate the citizenry on various policies on education highlighted in the parties’ manifesto.

The debate also gave the various representatives an opportunity to reflect on their manifesto promises.