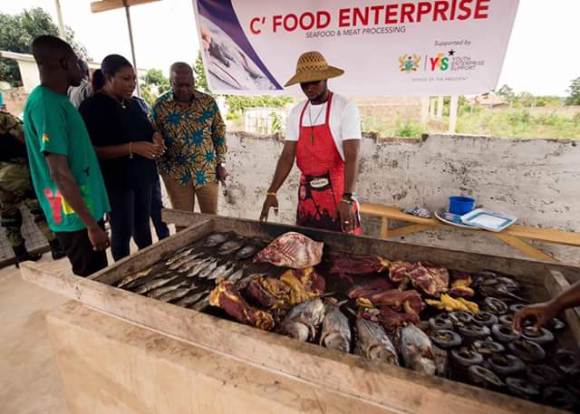 He spent the day with some distinguished young Ghanaian entrepreneurs who have set up their own businesses and employed their colleagues.

Most of these businesses are said to have been possible because of the help extended to the youth by the YES initiative.

President Mahama also interacted and listened to the concerns of thousands of young Ghanaians recruited under the Youth Employment Agency (YEA) at the Elwak Sports Stadium, Friday.

YEA has been mandated to recruit over 120, 000 youth in the country into various modules.

Below are the photos:

Welding can be a luxury the President seemed to be asking.

How has the work been like? The President wonders

Some beneficiaries of Youth in Fire Service module who passed out on May 27, 2016

Some of the over 500 recruited Prison Support Staff who passed out on Thursday, May 19, 2016