Pilot hangs out of cockpit window to retrieve passenger’s phone 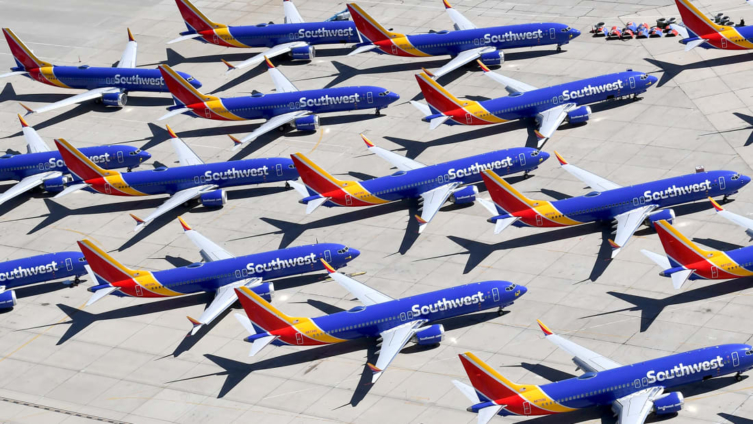 Accidentally leaving your smartphone behind at home is one thing, but leaving it at an airport shortly before you’re about to board a flight is quite another.

A Southwest Airlines passenger found themselves in this unfortunate predicament after forgetting their phone in a gate area at Long Beach Airport in Los Angeles.

By the time a customer taking a separate flight spotted it and notified the crew, boarding had already finished and the aircraft had been pushed back.

However, staff on the ground quickly worked together to ensure the phone was safely returned to its owner.

In a video shared by the Dallas-based airline on November 13, a pilot is seen leaning out of the cockpit window in a bid to retrieve it from ramp workers on the ground.

When our Employees at @LGBairport noticed a Customer's phone left behind in a gate area after a flight that was already boarded and pushed back from the gate, they didn't hesitate. #WorldKindnessDay pic.twitter.com/cf3gJy8Nmy

While one staff member makes an unsuccessful attempt to jump up and hand it to the pilot, a second ramp worker steps in and manages to get it to him.

According to Chris Perry, a spokesperson for Southwest Airlines, the passenger who discovered the phone had been chatting to its owner shortly beforehand, so was able to let the crew know the flight they were traveling on.

When the operations agents realized the flight in question was already fully boarded, they got in touch with the captain.

“The captain immediately suggested that the ramp agents on the ground try to jump the phone up to him so he could return it to the customer,” Perry, told CNN via email. “The rest was captured on video!”

Although the owner of the phone has not been unidentified, we think it’s safe to assume that they were hugely grateful for the gesture.

The video was posted on World Kindness Day, an international holiday formed to promote kindness throughout the world, alongside a message using the hashtag #WorldKindnessDay. It’s unclear when the footage was taken.

It comes after Turkish traveler Rumeysa Gelgi, the world’s tallest living woman, shared a heartwarming post from her plane journey from Turkey to San Francisco, which was made possible when Turkish Airlines removed several seats so that she could rest comfortably on a stretcher during the 13-hour trip in September.

DISCLAIMER: The Views, Comments, Opinions, Contributions and Statements made by Readers and Contributors on this platform do not necessarily represent the views or policy of Multimedia Group Limited.
Tags:
Cockpit window
Southwest Airlines