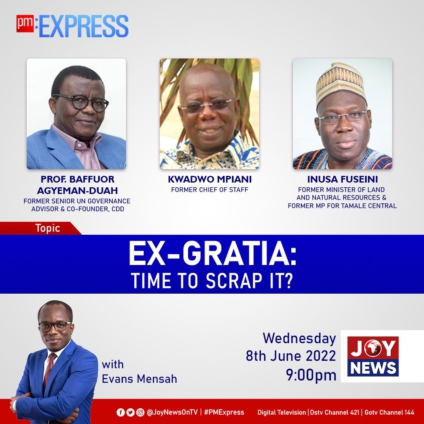 Subsequently, the Paramount Chief and Agbogbomefia of Asogli state received accolades from social media users who described his act as patriotic.

Tune in to JoyNews Channel as PM EXpress the panel discuss whether or not it is time for ex-gratia to be scrapped.