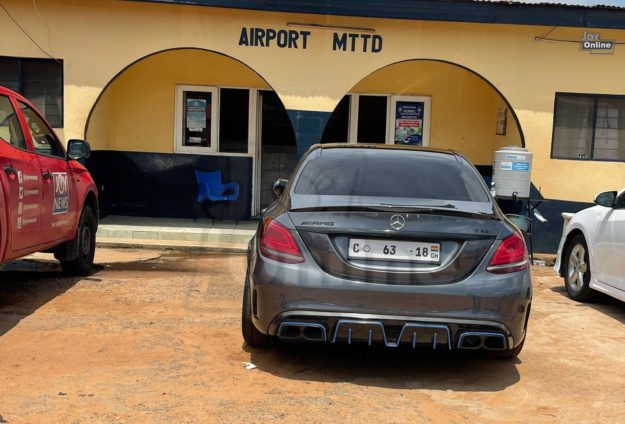 The Police have arrested the driver of the grey Mercedes Benz, who was captured in a viral video driving dangerously at the airport traffic lights in Accra.

According to Joy News sources, Kofi Buckman who was picked up by the Airport Police on Sunday morning is currently in custody.

On Saturday evening, the video of Mr Sasa driving dangerously at the Airport traffic light in Accra went viral on social media.

Mr Sasa driving a black Mercedes Benz was filmed driving dangerously under a traffic light that had signalled motorists to stop.

He then drove into the middle of the four-lane road and, in a Fast and Furious movie fashion, turned his car in circles and eventually sped off before the traffic light turned green.

The police say they will process him for court on Monday, October 25.