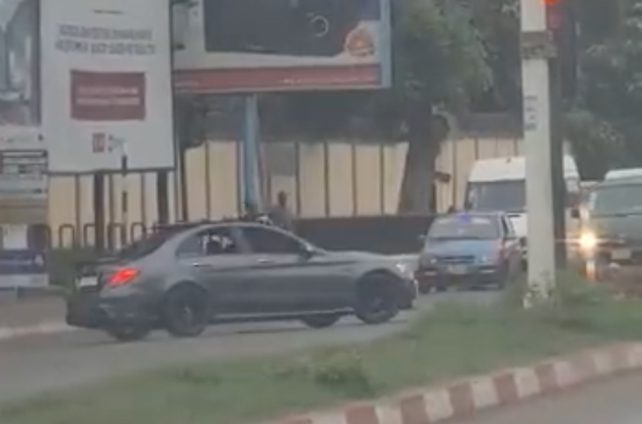 The video of an unknown driver driving dangerously at the Airport traffic light in Accra has gone viral on social media.

The driver of the black Mercedes Benz was filmed driving dangerously under a traffic light that had signalled motorists to stop.

The unknown driver drove into the middle of the four-lane road and in a Fast and Furious movie fashion, turned his car in circles and eventually sped off before the traffic light turned green.

It is not clear when the incident occurred.