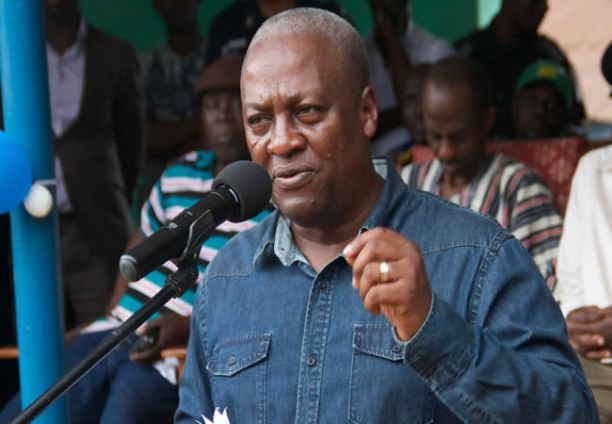 The Criminal Investigations Department (CID) of the Police Service has initiated investigations into a controversial tape recording on which president John Mahama is alleged to have accused the Ashantis of ingratitude.

There are two versions of the tape, one on which the president is heard telling party faithfuls in Kumasi- the opposition party's stronghold- that even if all the roads in the Ashanti Regional capital were paved in gold, the government's efforts will still not be appreciated.

On the other tape, the president is heard admonishing the gathering to remain focused despite the criticisms. He repeated the Akan adage: 'no matter how well the chicken dances, the hawk will never be impressed'.

The comment has attracted condemnation from a section of the public, who say it amounts to ethnocentricism.

But Government on Wednesday said the first tape was doctored to make the president look bad in the eyes of the Ashanti people.

Meanwhile, the CID says it is also investigating the origin of the doctored tape and warned, "anyone found culpable would be dealt with according to the laws of the Republic of Ghana".

A release signed by ASP Joseph Benefo Darkwa, Director of Public Relations of the CID, also warned the "media and the general public to be circumspect in their reportage and comments on the matter".

Mr. Afriyie Ankrah said there was nothing wrong with president Mahama's comments.