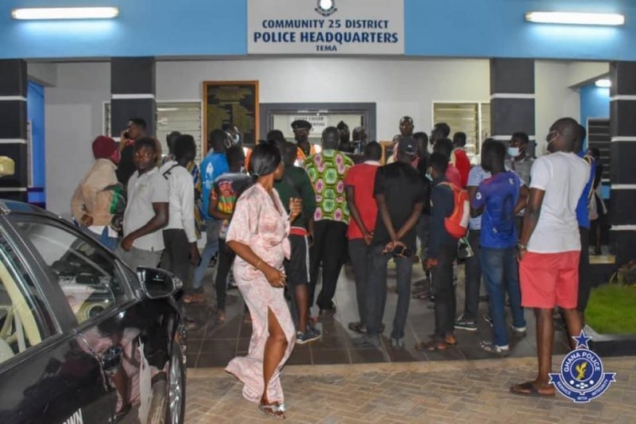 The Police, during a special exercise on Friday, impounded 40 vehicles for various traffic offenses along the Kpone-Dawenya stretch of the N1 highway in Accra.

The offenses included dangerous driving, driving on shoulders and verges, abuse of sirens and beacon lights, among others.

A news brief from the Police said the exercise, which had been revived by the Police Administration, was spearheaded by Dr George Akuffo Dampare, the Acting Inspector-General of Police together with the Motor Transport and Traffic Directorate (MTTD) in the evening rush hours of the said date.

The brief said the war against indiscipline was aimed at deterring motorists who flouted road traffic laws, which contributed to congestions on major roads within the Accra and Tema Metropolis.

It said 40 drivers who were arrested for flouting road traffic regulations were currently being processed for courts in Tema and Ashaiman.

Other vehicles were also impounded at the Tema Community 25 Police station.

The brief advised the motoring public to abide by road traffic regulations at all times to enhance road safety.