Police slammed for 'losing their senses' in 'ridiculous' arrest of NDC MP - MyJoyOnline.com 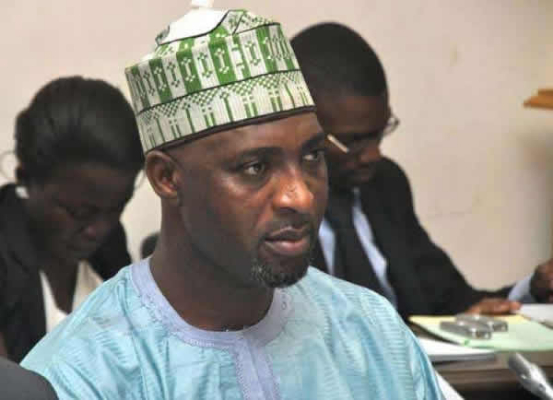 Minority Chief Whip Muntaka Mohammed has slammed the Police Service for the "ridiculous" arrest of an NDC MP Collins Dauda.

"The police seems to lose their sense of judgment" whenever political power changes hands, he said accusing the service of doing the government's bidding.

The arrest of the Asutifi South MP is set to re-ignite a debate about an MP's privileges. The Speaker of Parliament, in condemning the arrest stressed the need for police to approach his office before arresting a sitting MP.

Collins Dauda's residences in Accra and in his constituency were raided by the police Tuesday dawn.

The Police have confirmed, he is wanted for allegedly aiding and abetting the crime of assault. The MP has spent at least two hours at the police headquarters in Accra.

Muntaka Mohammed who was with the NDC MP at the police headquarters fumed that the police is treating MPs like "common criminals".

A former Deputy Power Minister Mr John Jinapor who is MP for Yapei Kusawgu had his home raided by gun-wielding police in July 2017 who claimed they were searching for documents relating to a controversial AMERI power purchase agreement.

Muntaka Mohammed suspects, the manner of the raid on a former minister was meant to humiliate him.

"What will cause the police to move to his house at dawn? what on this earth if not to intimidate him", he said in an interview on Joy FM's Top Story Tuesday.

He said Collins Dauda is so respectful that 'even if the devil calls him, he will honour the invitation', condemning what he saw as an unnecessary show of power by the police.

But the issue of an MP's parliamentary privileges remains debatable. Legal practitioner Samson Lardy Anyenini has rejected the views expressed by MPs that the law requires the Speaker's permission to invite an MP.

Second Deputy Speaker of Parliament Alban Bagbin explained Order 21 of the Standing Orders and Article 117 of the 1992 constitution which touches on parliamentary privileges binds the police to seek the Speaker's permission.

He said the police need to write to the Speaker, submitting evidence to back their request for permission. The Speaker would evaluate the evidence and decide whether or not to release the MP to the CID.

But Samson Lardy debunked this procedure as "a self-serving protocol" which is non-existent in law.

He explained, the law refers to court processes, not police invitations.

He was emphatic, the police are under no obligation to get permission from the Speaker of Parliament even in court cases or criminal matters.