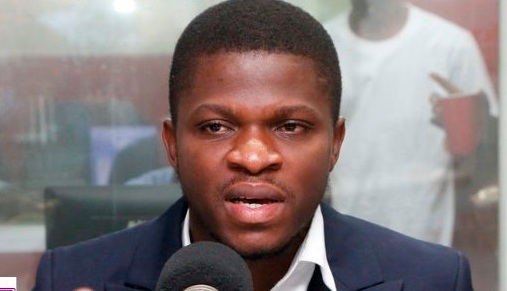 The National Communication Officer of the National Democratic Congress (NDC), Sammy Gyamfi, has described government’s decision to engage the International Monetary Fund as a ‘shame’.

In a tweet on Friday, Mr Gyamfi said, “Posterity has a nice way of disgracing dishonest leaders. @NAkufoAddo and @MBawumia have been trapped by their own words. What a shame”.

Posterity has a nice way of disgracing dishonest leaders. @NAkufoAddo and @MBawumia have been trapped by their own words. What a shame. pic.twitter.com/PBlebn0jOo

In a related development, former Deputy Minister for Information, Felix Kwakye Ofosu, says he is wondering the condition of the Vice President, following the President’s directive for the Finance Minister to engage the International Monetary Fund (IMF).

In a tweet on Friday, the former government appointee wrote, “I can only imagine the panic that has gripped Bawumia following the announcement of an IMF program by his bungling government”.

I can only imagine the panic that has gripped Bawumia following the announcement of an IMF program by his bungling government.

Speaking in an earlier interview with Benjamin Akakpo on the AM Show on Friday, Mr. Kwakye Ofosu accused government of grossly mismanaging the economy and thereby creating an unfavourable fiscal situation for the country.

In his submission, he bemoaned the increasing levels of corruption and the inability of government to crack the whip government appointees who dissipate state funds.

Touching on the controversial issue of the National Cathedral, he also expressed his sentiments about the lack of transparency that characterised the Project.

Mr. Kwakye Ofosu therefore added to earlier calls by other leading members of the NDC, for government to suspend the project.

The comments by Felix Kwakye Ofosu and Manasseh Azure add to the hundreds of social media reactions, following the news about government’s decision to seek fiscal support from the Fund.