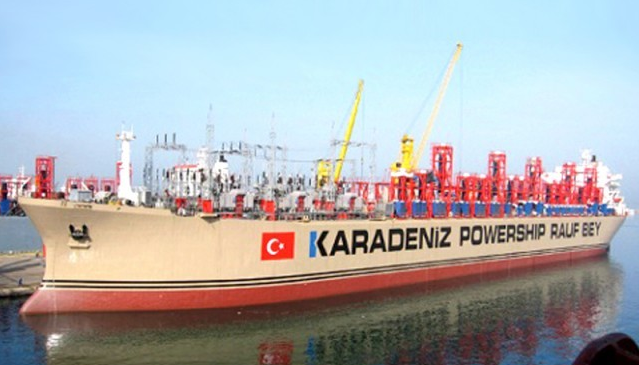 Head of Public Affairs at the Power Ministry, Kwaku Sarsah-Johnson, has confirmed the anticipated emergency power ship will set off from Turkey to the shores of Ghana Tuesday.

“We are doing an official ceremony to see the power ship set sail to Ghana. We are expecting it to be in Ghana by November 12 depending on marine and weather conditions,” Sarsah-Johnson said.

The power barge should start feeding the national grid with some 225 megawatts within 10 to 15 days after it arrives in Ghana.

“With 225 megawatts coming on board, all things being equal should go a long way to help [the Ghana’s power situation],” Mr Sarsah-Johnson said.

The power ship that sets sail Tuesday is the first of two barges the Turkish company, Karpowership, is building for Ghana as part of moves to end the three-year power crisis that has hit the country.

The second barge to produce 400MW is expected to be delivered by the end of the first quarter of 2016.

The power barges were originally scheduled to dock at Tema Port in the first quarter of this year.

It was rescheduled to September 2015, but government failed to meet the first two timelines for the arrival of the barges.

The first contractual 225 megawatts power ship was sched­uled to be delivered in Ghana in September this year, and the second one was to be subjected to clarifica­tion but will be delivered at least 60 days earlier than contracted, Kar­powership told journalists who went to Turkey to witness progress of work on the barges.