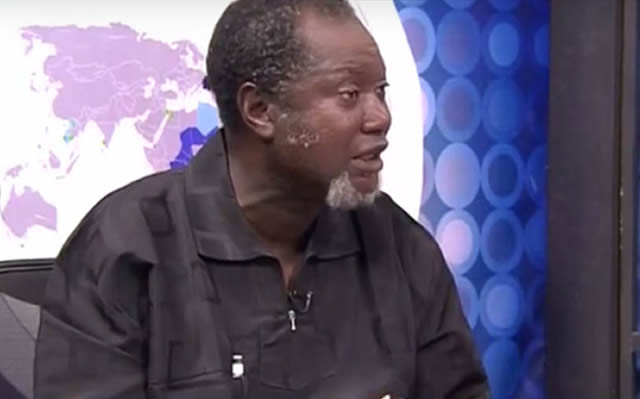 The Progressive People’s Party (PPP) remains resolute in its fight against the Electoral Commission’s decision to disqualify its presidential aspirant, Papa Kwesi Nduom, from the December polls, questioning the credibility of the validation process of its presidential nomination forms.

National Chairman of the Party, Nii Alottey Brew Hammond, says the play out of events that culminated in the surprising decision to disallow the party from contesting in the polls raises difficult questions.

“We don’t even know when the discrepancies occurred,” he said on PM Express, a current affairs programme on the Joy News channel on Multi TV.

The EC on Monday announced it has reduced the number of presidential aspirants contesting in the December 7 general election from 17 to four, citing discrepancies, some of which are criminal, in the forms of disqualified candidates.

The decision has not gone down well with some of the parties and they have vowed to seek legal redress.

Speaking on the matter on Wednesday evening on PM Express, Mr. Hammond explained the validation process which the EC adopted for this year's election is markedly different from the transparent process in 2008 and 2012.

“There is a departure from what has happened in the last two occurrences where when we submit our forms we are given a copy after it is signed by the Electoral Commissioner and everybody else.

“We stay at the EC’s office until the validation is complete so that when an error is found, it can be cross-checked with what we holding to see that they are the same, unfortunately, they took all of the four copies away from us and made us leave the premises only to come back after 10 days to find these discrepancies,” he said.

Mr. Hammond said the departure from the process is a major source of concern for the party in the light of the disqualification.

“It looks like every nominee had to leave all four copies with the EC for that extended period of time that ought not to happen. That in itself is compromising the integrity of the errors that have been found,” he said.