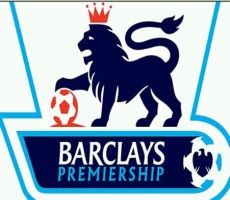 The cost to screen Premier League matches live in the UK soared 70 per cent after BSkyB dug deep to see off strong competition to retain the rights to the majority of games, while BT became the first telecoms company to win a slice of the action.

BSkyB shares fell 6.7 per cent to 649p in early trading, and BT was down nearly 4 per cent to 201p after analysts warned the price paid by the companies was high.

“The blowout rights inflation was way above our forecasts, but it’s not a game changer for Sky’s competitive position,” said Laurie Davison at Deutsche.

The bidding war resulted in US broadcaster ESPN losing its foothold in English football’s lucrative competition.
Although there was a rise in available live matches from 138 to 154, the total of £3.02bn for the rights to the three seasons starting in 2013-14 took Premier League executives by surprise.

BSkyB and ESPN are paying £1.8bn for their current three-year deal. BSkyB’s 116 matches will cost it £2.3bn, £700m more than it is paying for its current 115-match deal.
BT’s two packages of 38 matches, which includes 18 first-choice picks out of the 38 most attractive live matches, will cost it £740m.

The increase is a huge boost to the league’s 20 clubs, which receive income of between £41m and £62m a year from domestic and overseas broadcast rights. Richard Scudamore, Premier League chief executive, said each club could expect an uplift of at least £14m a year from the new deal.

But this is likely to grow even further after the Premier League concludes broadcast deals for overseas rights by the end of the year.
Mr Scudamore declined to discuss the number of bidders in the two-round auction. “The biggest driver is competitiveness and the amount of interested parties we had in the market,” he said.

Previous new broadcast deals have prompted spikes in player wages and transfer fees. While Mr Scudamore encouraged clubs to use the money to retain and attract top players, he also said the new deal would provide financial security for clubs and even push some into profitability at a time when they have to comply with new break-even rules from UEFA.

“I’m hoping that some of that money will be invested in infrastructure, stadia, youth development and the community,” he said.
For BT, the move is a gamble that Premier League football matches will draw new customers to its fibre broadband and TV services as it seeks to generate cash from its £2.5bn investment in making superfast broadband available to two-thirds of homes in the UK.

BT will offer the matches to its pay-TV customers over a new interactive sports channel, which will be used in particular in pushing so-called “triple play” of TV, broadband and phone services.

The rights will allow BT to compete directly with the pay-TV services of BSkyB and Virgin Media, although Ian Livingston, chief executive, said it would hold discussions with all “serious players” about re-selling the matches on a wholesale basis.

BT already offers Sky’s Premier League matches over BT Vision, and it is thought that its own rights will allow greater leverage in future negotiations. BT will also offer the matches to pubs and clubs on a commercial basis.