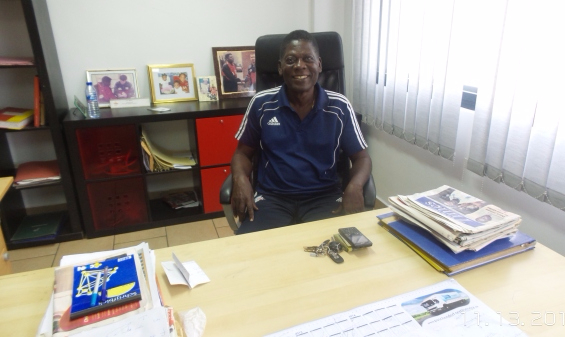 President Nana Addo Dankwa Akufo-Addo has commiserated with the family of the former Ghana Coach, Sam Arday, who passed over the weekend.

Leading a host of tributes, he spoke of how saddened he was at the news of Ghana losing one of its "Brilliant coaches", praying that his rests in perfect peace.

"Multi System" Sam Arday as he later became known after his introduction of the football strategy which made Ghana win the FIFA U-17 World championship in 1995 was reported dead after battling a short illness.

My condolences to his family, and may his soul rest in perfect peace. (2/2)

Saddened by the news of the death of Sam Arday. Undoubtedly, one of the most brilliant coaches Ghana has produced. (1/2)

Sam Arday is responsible for the development of several players including WAFA goalkeeper Felix Annan who posted a picture of the deceased with the caption ‘’You Took some of us and gave us a Life In Football! I Know You Are In The Hands Of God! Rest In Perfect Peace Mr Sam Ardey(The Whole)#LuvYou#’’

You Took Some Of Us And Gave Us A Life In Football! I Know You Are In The Hands Of God!Rest In Perfect Peace Mr Sam Ardey(The Whole)#LuvYou# pic.twitter.com/AssAESOENQ

Harrison Afful 'is in tears' over the death of Sam Arday, the man who scouted and refined him a professional footballer

You discovered all of us since childhood and gave us Life, you will forever be remembered,till we meet again ðŸ™ R.I.P BigSam ðŸ˜­

Coach Arday was the coach of Ghana Olympic Team, which won the Olympic Bronze Soccer Medal at Barcelona '92, the first for an African country, and coach of Ghana national under-20 football team.

The Black Satellites won the Bronze Medal at 1991 Africa Youth Championship in Egypt after beating Zambia 2:0 in the 3rd and 4th Place Match.

He then became head coach of the Ghana national under-17 football team, the Black Starlets, who won the 1995 FIFA U-17 World Championship Trophy in Ecuador and the African Under-17 Championship in Mali.

Prior to his demise, he was with WAFA where he saw to the development of youth talents. Notable amongst them is Samuel Tetteh who represented Ghana at the African Cup of Nations.