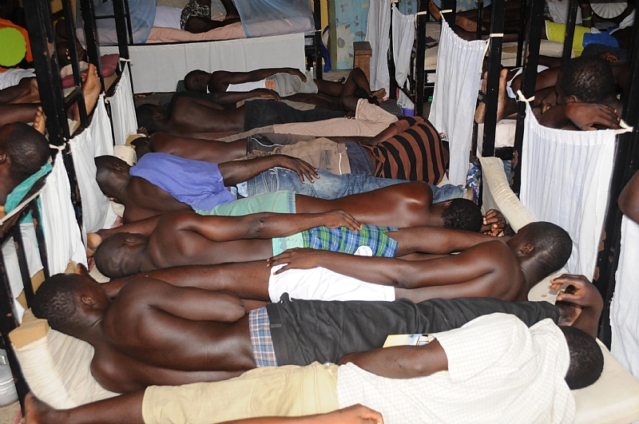 Supreme Court Justice nominee, Clemence Honyenuga has called on President Akufo-Addo to grant amnesty to prisoners with minor offenses to decongest the prisons as the fight against Covid-19 continues.

During his vetting by Parliament’s Appointment Committee on Monday, Justice Honyenuga said the current situation at various prisons is very worrying and needs critical attention.

“The situation now is very terrible, and should one infected person get into a prison unit, it could affect all the prisoners in that particular prison.

“So I suggest that the prisons and state authorities address it. The President could use his Prerogative Act of Mercy to grant those who have been convicted for very mild or minor offence offenses to be released to,” he said.

In March this year, President Akufo-Addo pardoned 808 prisoners on the recommendation of the Prisons Service Council.

And it was part of efforts to decongest the prison system after Ghana recorded cases of coronavirus.

Adding his voice to the calls, Justice Honyenuga said more needs to be done since prison congestion still persist.

The nominee also lamented about why the country has not built enough prisons which has resulted in congestion in all of the prisons in Ghana.

This, he said, put inmates at numerous health risks.

“If we were to build new prisons this congestion may not be in place. But unfortunately, if you visit our prisons today, you will see that a room which is meant for about 25 or 30 people is being used by about 100 or 120 people.”