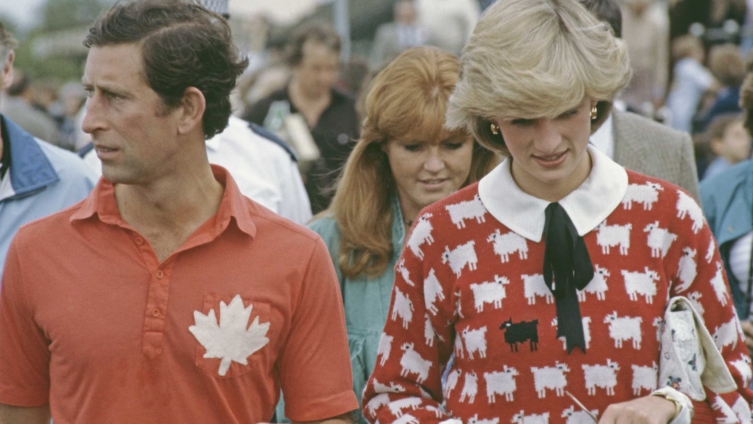 The sweater made famous by Princess Diana has been reissued by the designers, four decades after she sported the bold red knit, which features dozens of white sheep and one black sheep on the front.

The wool crewneck sweater was created in 1979 by British designers Warm & Wonderful and shot to fame when the late princess, a beloved fashion icon, was photographed wearing the design at a polo match with Prince Charles in 1980.

A sweater made famous by Princess Diana has been reissued by the designers, four decades after she sported the bold red knit, which features dozens of white sheep and one black sheep on the front. https://t.co/swt4uLGjfO

The original piece worn by Diana is now part of the Victoria & Albert Museum’s permanent collection.

But the look will feature in episode three in this month’s upcoming fourth season of Netflix’s “The Crown”– which is famed for its painstaking attention to detail.

This season will cover the time period between 1977 and 1990, with the costumes created by the Emmy award-winning designer Amy Roberts.

Warm & Wonderful has collaborated with US designer Rowing Blazers to reproduce the original sweater design, making it available for purchase for the first time since 1994.

The princess went on to wear the design several times, Rowing Blazers said in a release, leading the press to speculate as to whether Diana herself felt like a “black sheep” among the Royal family.

The design is available for$295 on pre-order, though due to “overwhelming” popularity, orders are now being taken for January and February.

Joanna Osborne and Sally Muir, the women behind Warm & Wonderful, said: “Since Diana’s first public appearance in one of our bright red sheep jumpers… she and the design have been inextricably linked.”

As Princess of Wales, she wore the sweater on several other occasions, eliciting a great deal of press commentary and making the design incredibly popular, not only here in the UK but around the world.

“Throughout the 1980s, our sheep sweaters were carried at department stores from New York to Tokyo,” they added in a joint statement.