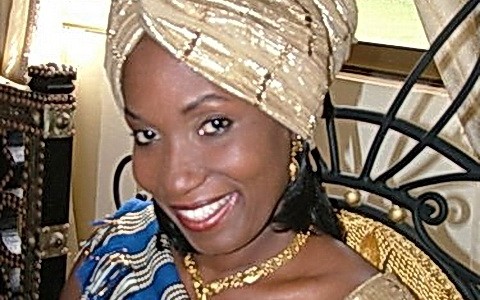 The Chief Executive Officer of the Channel of Blessing Ministry, Princess Asie Ocansey has denied reports she is involved human trafficking.

The Daily Graphic newspaper quotes the police as accusing Princess Ocansey of recruiting young Ghanaian men and women to work in the Middle East.

The Director of the Anti-Human Trafficking Unit of the Ghana Police Service, Superintendent Patience Quaye, said the complainants in Ocansey’s case were the American Embassy in Accra and a young woman.

The identity of the woman, aged 27, has been withheld.

But reacting to the reports on Joy News Wednesday, Ms Ocansey maintained that her business which she had run for five years now was entirely legal.

She revealed that the allegations leveled against her by one of her accusers, the unidentified young lady, are not true. She however conceded sending the lady to Kuwait to work as a domestic servant.

Princess Ocansey said she was renowned for her anti-human trafficking campaign and could not have turned around to engage in the practice.

She faulted the Daily Graphic for not getting her side of the story before going ahead to publish it.

According to Daily Graphic’s report, the suspect allegedly lured the young woman, a devout Christian, to Kuwait under the pretense that she would live a better life there, when in fact she was sending her off to a trying ordeal.

The police said the young woman was made to believe that she was going to work in a supermarket but she was rather pushed into prostitution.

After that, the young woman was brought back from Kuwait about two months ago, suffering from serious mental health problems that resulted from her mistreatment.

Supt Quaye said the victim had told the police about her horrifying experience after she was brought to the unit by her uncle and brothers.

But Princess Ocansey has denied all of this.