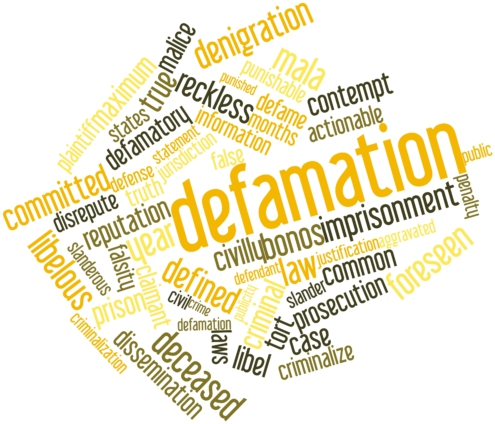 I have read with utter shock and disgust the current attempt by the Ghana Police Service to ‘persecute’ persons they deem to be against the current ruling government under the guise of enforcing law and order.

Notable among them are Accra FM’s presenter Kwabena Bobie Ansah, Onua TV’s Blessed Godsbrain Smart and David Tamakloe who is the Editor-in-Chief of WhatsUp News.

According to news reports, Mr Bobie Ansah on January 1, 2022, accused the First Lady, Mrs Rebecca Akufo-Addo and the wife of Vice President Dr Mahamudu Bawumia, Mrs Samira Bawumia, of granting themselves “state land at AU Village, around the Kotoka International Airport for the construction of the Rebecca Foundation”.

Furthermore, per the Police, Mr. Ansah went on to call the First Lady “a thief and that she has stolen state land around the Kotoka International Airport,” a statement he knew was “likely to occasion the breach of the peace” in the country.

Mr. Ansah was arrested on Thursday, February 11, 2022, because in the opinion of the police, his utterances amount to the publication of false news and offensive conduct. Accordingly, his arrest became necessary after he turned down several invitations to assist the police with investigations.

In a related development, the host of Onua TV morning show in Accra, Blessed Godsbrain Smart, popularly known as Captain Smart was arrested for making some unsavoury pronouncements which in the opinion of the police hinges on peace and security.

Aside from the above two arrests, the Editor-in-chief of WhatsUp News, David Tamakloe was arrested for publication of false news. The interesting bit of Mr. Tamakloe’s arrest is that he was arrested in a ‘Rambo style’ at gunpoint and was whisked away to the Airport police station, media reports have it.

In response to the allegation of the ‘Rambo style’ arrest of Mr. Tamakloe, the police in a statement sought to justify their action indicating that the arrest was necessary given the offences he was been charged with.

Before I continue, neither do I wish to condone the actions of the police nor hold brief for them, I would like to state that the Ghana Police Service under the leadership of its current Inspector-General of Police (IGP), Dr. George Akuffo Dampare, must be commended for some good works.

At least, the Police in recent times has kept in touch with the citizens. Their various social media handles have been used to keep citizens informed on their works. Furthermore, there has been some form of law and order, in my opinion, since the current IGP was sworn into office.

Be that as it may, there is the saying that good things are written in sand, whereas bad things are scribed on rocks. The recent happenings whereby the Police is trying to reintroduce the Criminal Libel Law is a bit worrying.

For those who are young and may not know or have not heard of the Criminal Libel Law, it was a law that incriminated speeches/publications which were deemed to be libellous in nature. This law was contained in Sections 112 to 119 of the Criminal Offences Act, 1960 (Act 29) of Ghana.

However, it is important to state that, though the above-mentioned sections were removed from our books, not all laws which are deemed to be against free speech have been repealed.

Section 208 of Act 29, which deals with “Publication of false news” still remains in our books. The said Section is as follows:

From the above law, it is clear to me that Section 208 can be used as a weapon to gag people from expressing their opinions as in the case of Captain Smart, Kwabena Bobie Ansah, David Tamakloe, et al. I am tempted to say that Section 208, as it is being applied by the Police in recent times, frowns against Chapter 12 of the Constitution 1992 (which deals with freedom and independence of the media).

The question which keeps ringing in my ears is, would it not be better for persons who feel aggrieved by the utterances and publications in the media to seek civil redress instead of the Police using its scarce resources to ‘persecute’ same.

Some civil remedies available to persons who have suffered ‘fake publications’ are: filing a complaint with the National Media Commission or the Ghana Journalist Association, issuing a writ for defamation in the court, et al.

Ghana has come too far to reintroduce the criminal libel law. I am not sure Ghana would want to relive the days of Republic v. Tommy Thompson Books Ltd. & Ors where a simple publication about a 1st lady landed one in jail. The days whereby media professionals and journalist did the bidding of the political elite is long gone.

Let us safeguard the freedom of speech we have enjoyed for over two decades.

God bless Ghana and make us great and strong.

The author is a journalist and writer with media creativity ltd.