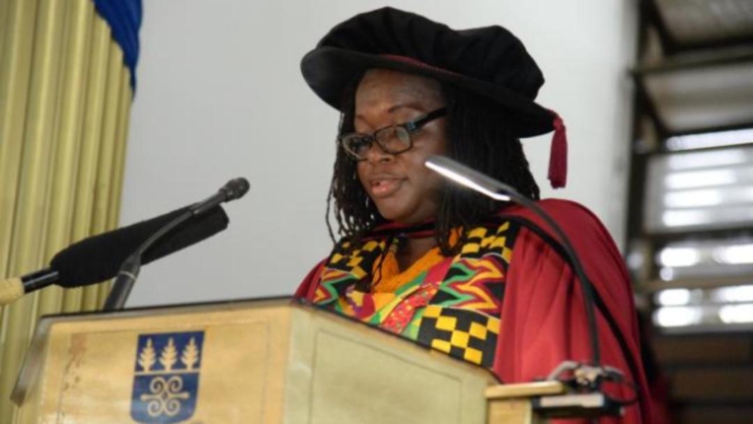 Her election took place on Sunday, July 26, 2020, during a virtual committee meeting of the International Federation for Modern Languages and Literatures.

Prof. Appiah Amfo will serve as Assistant Secretary-General for the organisation from 2020 to 2023.

At that same meeting, a Ghanaian professor of African studies (African Languages and literatures) at University of Vienna, Professor Adams Bodomo, was elected as President.

Meanwhile, reacting to the news, Vice-Chancellor of the University of Ghana, Prof. Ebenezer Oduro Owusu maintained that Prof. Amfo’s election was a ‘confirmation of her international stature’.

FILLM is made up of international language and literature associations which focus on major language subject-areas and reflect the diversity of scholarly approaches, including interdisciplinary ones, within the field.

As a UNESCO affiliated organization, FILLM seeks to represent intellectual and cultural endeavours, cutting across every part of the world.

FILLM is the official international body which represents the study of language and literature as research-driven scholarly disciplines in universities and tertiary higher education institutions world-wide. It was founded in 1928.