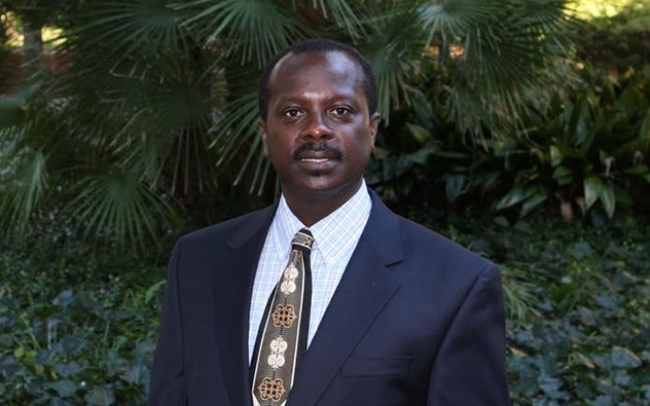 Because the payment of 51 Million cedis to Woyome violated Article 181 of the Constitution, Article 2 granted standing for Amidu, to act as a private Attorney General, to enforce the Constitution at the Supreme Court.

In that proceeding, the Supreme Court properly ruled that Woyome must refund amounts unlawfully paid to him to the Republic.

The Republic as a judgment creditor can enforce the judgment by various means including issuing a writ of fieri facias; garnishee proceedings; a charging order; writ of possession, etc.

The rules also allow the judgment creditor (or the person entitled to enforce the judgment or order), on an ex parte application, to orally examine (or inspect the books of) the judgment debtor on questions relating to the latter's liabilities, property or other means to satisfy the debt.

Woyome walked out of court furious

Similarly, the Court lacks any express or implied jurisdiction to appoint Woyome as an examiner on behalf of the government. Nor should Woyome be or feel compelled to answer questions from Amidu or anyone other than the Attorney General or other duly recognized government representatives.

It is of no legal consequence that the amount involved here is "colossal" or that the government appears "too slow" in enforcing the judgment. As a matter of law, the judgment is for the government and it is entitled to use any methods, slow or rapid, that it prefers, including, sadly, forgiving the debt!!!

Of course, to the extent that the debt is not paid and lawfully forgiven, interest accrues at the statutory rate. The debtor gets no relief as a result of the passage of time.

As theatrical as it is to witness the spectacle of a private citizen, stepping in the shoes of the government, to cross-examine a judgment debtor of the government in the apex court, I cannot find a sound jurisprudential ground to support the Court's populist ruling.

The ruling, if taken seriously and allowed to extend to similar cases, fundamentally eviscerates the Office of Attorney General and rewrites the Civil Procedure law of the Country.

And then as a matter of looking forward, what can such cross-examination achieve? No matter the outcome of this exercise, it is still only the judgment creditor that can enforce the judgment.

Incidentally, the same principle applies in the criminal arena. Thus, while those who authorized and paid the debt to Woyome may very well be criminally and/or civilly culpable, it is government that must prosecute these people.

I cannot, like the majority of the country, celebrate a ruling that allows Judges to rewrite the Country's Constitution and Civil Procedure in such a revolutionary way and that converts the Court into a theater of the absurd!

Respectfully and Regrettably, I dissent!

I have not read the Court's judgment. But, as I indicated in my comment to your post on this subject last week, if you follow the logic of the High Court in the Smarty's case in granting public interest standing to the plaintiffs partly based on the "duty" imposed on every citizen under article 41 (f) "to protect and preserve public property and expose and combat misuse and waste of public funds and property", one indeed can construct a sound jurisprudential argument for standing for Citizen Amid in the Woyome debt retrieval matter. I do not, of course, know if that is how the Supreme Court justified the conferral of standing for Amidu to prosecute this suit.

As to your point about the AG, it is clear that the AG's monopoly of "standing" is in criminal cases only, but not necessarily in civil matters, even where the beneficiary of the suit is the State/public. So, I don't think that merely because the State is the nominal judgment-creditor here precludes the possibility of a citizen suit, if there is a legal (constitutional or statutory) hook on which such a suit can be hung.