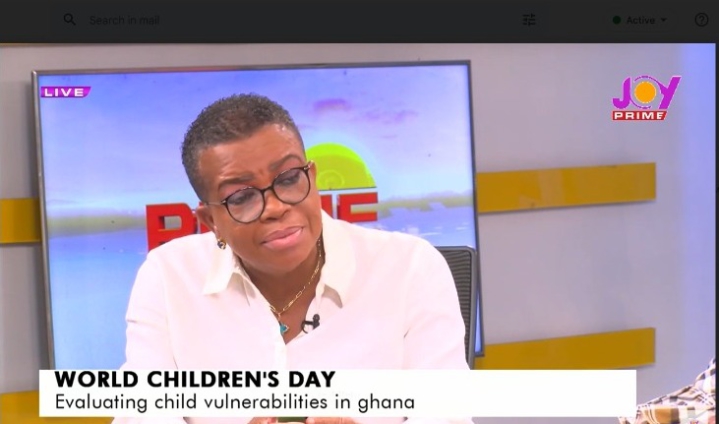 Child Rights International’s representative in Ghana has asked the government to implement policies to protect the rights of children in the country.

Speaking to Roselyn Felli on Prime Morning on Monday, the Country Director of the organization, Joyce Larnyoh, asserted that there is a rampant increase in early child marriage, especially within the northern sector. She said poverty is a major contributing factor.

She attributed the situation to the fact that there are no regulations to protect the rights of victims, making parents force their children into marriage.

“Apart from child marriage, we have issues around poverty affecting children, especially girls, in some of these communities. They end up engaging in transactional sex. They also end up in rape and child marriage, among other things, and they are all “poverty-driven.”

“There is no law explicitly addressing this child marriage issue. The SDGs are there for us to achieve, but the issues around children are not explicitly addressed in these SDGs. I must admit that currently in Ghana, the issue and the prevalence are alarming, and we need to take steps and efforts to address it. This is the time, and with the data that we have, we need to come up with serious policies; especially with children, we need to come up with a policy on their human rights,” she explained.

She is of the opinion that the eradication of poverty alone will not help stop parents from indulging their wards in such acts. She believes parents must be effectively educated on the relevance of educating their children.

The Ghana Statistical Service (GSS) has revealed that 1,215,546 children of school-going age in Ghana are not attending school. A substantial 942,427 of the 1.2 million children have never attended school.

These statistics emanate from the 2021 PHC Thematic Brief on Childhood Vulnerabilities in Ghana, which presents statistics on children in Ghana focusing on the number and distribution of vulnerable children and the correlates of child vulnerabilities.

According to the findings, the newly created Savannah Region tops the country with the highest number (43.2%) of children who have never attended school.

Looking at the statistics, Joyce Larnyoh urged the government to pay attention to children and design interventions to meet their needs.

Meanwhile, speaking on the show, the Director for Surveys Organisation and Census, Abena Asomoabea Osei Akoto, Ghana Statistical Service, said residents live far away from the educational facilities in the majority of the communities.

This, according to her, is the reason most parents fail to enroll their children in school.

She asserted that the GSS is putting together plans to enable the government to provide schools for such children to ease the burden on their parents.

DISCLAIMER: The Views, Comments, Opinions, Contributions and Statements made by Readers and Contributors on this platform do not necessarily represent the views or policy of Multimedia Group Limited.
Tags:
Child Right International
Prime Morning