Provide information so we can arrest Radio Ada attackers – Police 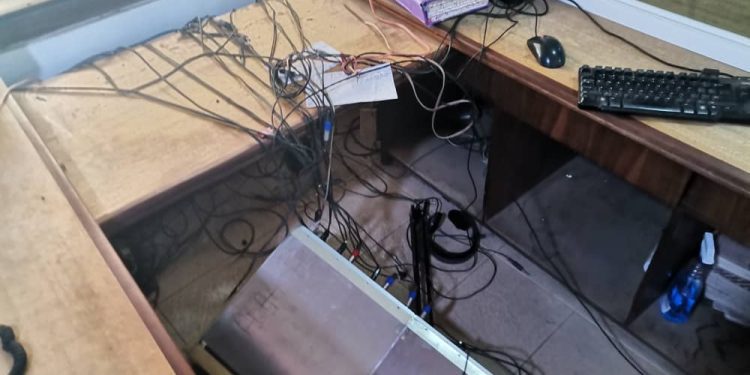 Police in Ada have called on the general public, especially residents of the Ada community, to disclose any information that can lead to the arrest of suspected thugs that attacked Radio Ada on Thursday, January 13, 2022.

Speaking on JoyFM’s Super Morning Show on Friday, the Ada District Police Commander, DSP Andreas Kordzo Mifetu stated that although investigations have begun, no arrests have been made yet.

“We will appeal to the people of Ada that the police will need their cooperation and their assistance in bringing closure to this.

“Because the incident happened in broad daylight and people might have seen them, they might have identified them. So we are appealing that anyone with information about the identity of these people to contact the police for arrests to be made,” he added.

The management of Radio Ada 93.3 FM on Thursday, January 13, 2022, stated that some unidentified thugs attacked the station.

They suspect the attack was due to the extensive coverage on the Songor Lagoon issues.

In a press statement to present the facts, they stated that one of the hoodlums who had attacked them had revealed to them that they were targeted for throwing light on recent development on the Songor Lagoon.

As a result of the attack, the station has temporarily been shut down, effective Friday, January 14, 2022, due to their equipment and other properties being vandalised.

Management also indicated that some presenters sustained injuries in the process.

He further stated that “we have processed the things we are in the process of conducting investigations to identify those responsible and get them arrested and the necessary actions will be taken against them,” he said.