‘Putuu’ is a gospel song, play it in churches – Stonebwoy 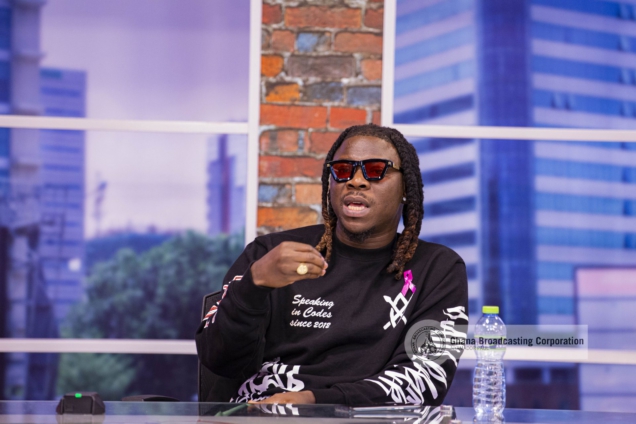 Livingstone Etse Satekla, popularly known as Stonebwoy says his song ‘Putuu’ is a gospel song and people should feel free to play it in churches.

Speaking on GTV’s Breakfast Show on Friday, the artiste said ‘Putuu’ is a powerful song that could serve as a prayer anthem for the nation.

“It’s a prayerful song, my people. It’s a gospel song. Play it in the churches anytime you want,” Stonebwoy said.

The five-time Reggae/Dancehall Artiste of the Year further explained that the inspiration for the song came during the Covid-19 period.

Stonebwoy said that he had the instrumental and felt inspired to put something to it but because of the kind of artiste people have come to know him to be, he had no intention of releasing ‘Putuu’.

“When I finished, the song became a song for just me, because I know people might not understand Stonebwoy for this one. I mean, I’ve written songs for people, and I’m honest enough, sometimes I have songs that I know I have to give to people. It’s nice, but I’m like, somebody else will deliver it better and it will fit,” he added.

Stonebwoy said he only shared the song with his wife and a few close friends including Aisha Modi.

He added that he told them to listen and give their feedback but that it was not going to be a part of the album he was working on then.

“Aisha goes home and goes online with it and goes live with a song and the next minute I see the song on Nigeria Blogs. So I woke up one morning and I actually mixed and mastered the song and released it straight up. Then we got ‘Putuu’. So, I’m grateful for that song,” Stonebwoy shared.

DISCLAIMER: The Views, Comments, Opinions, Contributions and Statements made by Readers and Contributors on this platform do not necessarily represent the views or policy of Multimedia Group Limited.
Tags:
Putuu
Stonebwoy