The Duke and Duchess of Sussex must drop their “Sussex Royal” label after deciding to step down as working royals.

Following lengthy and complex talks, the Queen and senior officials are believed to have agreed it is no longer tenable for the couple to keep the word “royal” in their branding, the Daily Mail reports.

Harry and Meghan have spent tens of thousands of pounds on a new Sussex Royal website to complement their hugely popular Instagram feed.

They have also sought to register Sussex Royal as a global trademark for a range of items and activities, including clothing, stationery, books and teaching materials.

In addition, they have taken steps to set up a new charitable organisation: Sussex Royal, The Foundation of the Duke and Duchess of Sussex.

It has now been made clear that they will need to “re-brand”, according to the Daily Mail.

The Mail understands that, amid what has been described as a “complex” situation, the “fine detail” is still being thrashed out.

However, it is understood the couple have accepted that, as part of their new working arrangements, they will not be able to use the Sussex Royal name as they had hoped. 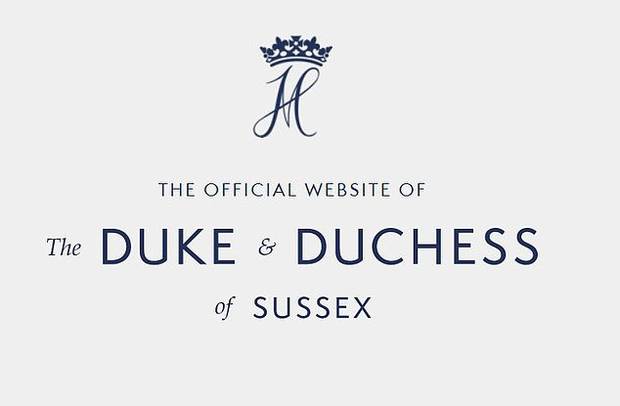 Harry and Meghan have spent tens of thousands of pounds on a new Sussex Royal website, sussexroyal.com. Photo / Supplied

The development is thought to represent a major blow to the Sussexes, who now face starting again and re-registering everything from their website to their charity under a new label.

Harry and Meghan first began using the Sussex Royal branding this time last year, after they split their household from that of the Duke and Duchess of Cambridge – known as Kensington Royal.