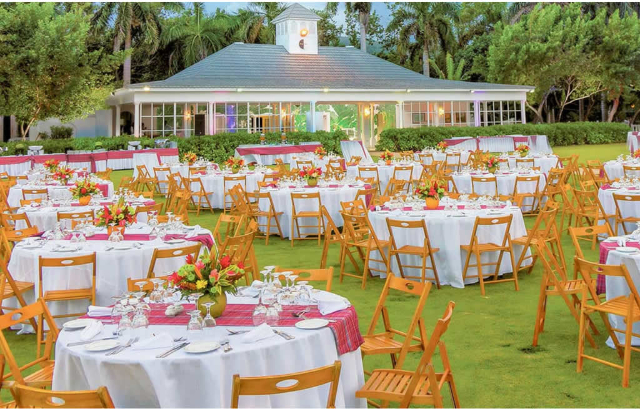 I have never been a fan of big weddings.

After being married for….oh, I don't know..a number of years…I dislike big weddings even more heartily.

The foremost reason is that I have discovered a major secret: staying married takes a huge amount of effort. Even without the pressure of a massive wedding before you and then behind you, there is so much work to be done keeping your marriage together that the intricacies of a humongous wedding seem exceedingly trivial. To put it mildly, weddings are not as important as we make them out to be.

I fully appreciate that a wedding is a special occasion. Indeed, a very special occasion. In Christianity, it's supposed to be a once in a lifetime event. Your marriage needs to be blessed, and you need to do that in church if possible, or at least by an ordained minister. And of course, a wedding is the best way to announce to the world that you are hitched.

Unfortunately, it doesn't always work out that way. Those of you who can look back on long marriages are truly blessed and you should thank God every day. I'm not going to talk about why some marriages work and some don't though. I'm only human after all (although this has been disputed).

So if it's a special occasion then it should be a big ceremony, right? Not necessarily, and that's a very personal opinion. We have turned weddings into the main event; indeed sometimes the only event. Yes, you may have a big show, a spectacle to drown all other spectacles. And if you can afford it, why not? Did you see the wedding in the movie Crazy Rich Asians? Wow!! But when I consider what is to come afterwards, something inside my dark head simply rebels against all the ostentatious display that is a staple of big weddings. A happy marriage is work my friends, and when it pans out it is one of the best things you could possibly do for yourself. But when it doesn't…

Anyway who has the last word on what is a good marriage or a bad marriage? The Lord God the last I heard. None of us can truly say whether a marriage is 'good' or 'bad'. The two people comfortably ensconced in that marriage space or writhing uncomfortably within it are the only two people on earth who can say for sure.

When you are busy organising your wedding, and I am told some members of the female species start from as young as five years old, the only thing on some people's minds is outdoing their friends weddings, doing a 'show'. This only becomes a foolish thing when you can't afford it, and every one of your guests knows that you can't afford it, or the marriage is dissolved soon after. Then you start to ask, "What was the point of all that?" Yes, the work is in the marriage, not the wedding ceremony. When it works out and you and your partner are doing things in stereo, it is sweet papa. Wait until the first time you cut your hair and your partner doesn't notice…. Please note, all weddings are happy (okay, most); it's the living together afterwards that causes all the problems.

Maybe I'm just a lazy bum, but when I think of the effort involved in all the numerous facets of a successful wedding, even a tiny one, I just want to lie down and sleep! Thank God for wedding planners! Eish! Every decision seems fraught with uncertainty, angst, selfishness, and downright I-must-have-it-my-way!! Example? The best man! A guy will have an idea who this must be, but so does his fiancee, and his father, and his brother-in-law, and the dog next door. Anyway, why is she marrying the groom when there is someone else there called the best man?!

The choices are myriad for each item, including: the colour scheme (mahogany and rose!), song for couples first dance (Sponsor by Ebony!), number of guests (anywhere between 100 and 1000!), organist at the church (the old boring guy or the young one who doesn't have a clue!), the song ministration in church (choir full of nonagenarians or loud gospel singer!), seating at the reception (the brides ex-boyfriend with her new mother-in-law!), the MC (the one who makes fart jokes or Rami!). Just writing about all that has made me tired. And then you scale all that up for a bigger wedding…

No wonder there are so many jokes about weddings: A child asks his father how much it costs to get married. "I don't know son; I'm still paying", says the man. And this one: When a man and a woman marry they become one. The trouble starts at the wedding when they try to decide which one. And this, which is only partly a joke: A woman may put on a golf outfit and not play golf; she may put on a bikini and not go near water; but when she puts on a wedding gown she means business. And finally this one by a new husband: The trouble between my wife and I started during our wedding service. When I said "I do", she said, "Don't use that tone of voice with me!"

I wish every marriage became a source of energy, a beacon of love for all people who do not have love in their lives. A marriage should be the beginning of a united purpose, that of loving God, and the married couple should contribute to society by their mere being. Sadly these days when I say things like this I sound like I am blowing air out of my a..

When a marriage doesn't quite work out it is the loneliest place on earth. Why? Because you never expect a bond between two people to be lonely. There's a reason Chekhov once said: "If you are afraid of loneliness, do not marry." And when you find yourself 'isolated' in your own marriage….you might start craving the company of the guests at your wedding many years ago! Marriage is a work in progress and a wedding is only the tiniest first step. The more you invest in a marriage the more valuable it becomes. The same does NOT apply to a wedding.

I am in awe of those who are able to plan and pull off a big wedding, and I understand, big is relative. I just see a logistical nightmare and yet they have a vision, a vision in technicolour. My wedding was never meant to be that big, but it ballooned in terms of numbers in a way that was a mystery of the universe. If I was to organise my wedding now it would be a bare bones kind of wedding. Invitations would probably be placed as flyers under the wipers on car windscreens: "Wedding! This Saturday! 2pm! I will be there briefly to sign!" Of course, I can't think of any woman who would want to marry me like that…

Speaking of women, the conventional wisdom is that it is usually the bride who is over-enthusiastic about the wedding and the groom is chilled out and unconcerned. I tend to agree. After all, have you ever seen a magazine titled Groom? Wedding fights between the bride and groom are fascinating things, whether the wedding is big or not. In passing though, I would like to remind us all that the first time Adam had a chance he laid the blame on a woman. Go Adam, Go Adam, Go Adam!!

By the by, that's not as far-fetched as you might think. I once saw a bride and groom fighting (okay, more like arguing) as they sat at the high table at their wedding. And it was a high table: they were on a stage at Christ The King Parish Hall! And I still got married after that!

Oh, by the by, will the National Cathedral be available for private weddings? Now that would be a BIG WEDDING! Who is first?!

By the by again, how do you know when your marriage is in trouble? When you or your partner receive sympathy cards on your wedding anniversary. Or when one of you is leaving for work in the morning and means to ask, "When will you be home?" But instead says, accidentally of course, "Will you still be here when I get back from work?" Free advice…

Listen, if all else fails, when you are asked what you and your spouse have in common, you'll be able to say that you both got married on the same day.