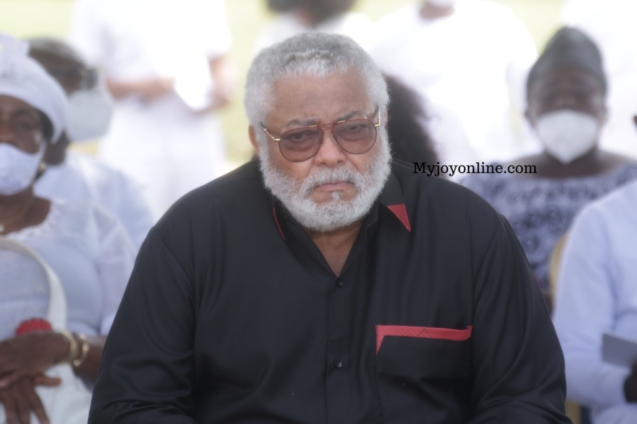 Secretary-General of the National Democratic Party (NDP) has mentioned that it was the wish of the late former President Jerry John Rawlings to see the NDC lose the 2020 general elections.

Alhaji Mohammed Frimpong stated that Mr. Rawlings believed that Mahama and his cohort have departed from the very principles of probity and accountability upon which the NDC was formed.

This according to him, was the fundamental reason behind the late statesman’s wish to see Mahama lose the December 7 elections.

“Rawlings failed to vote for the NDC in the 2016 general election and it was the wish of Rawlings to see the NDC lose the 2020 general,” he said.

At a press conference in Accra, the NDP Secretary-General also disclosed that the founder of the National Democratic Congress revealed that the motive of Mr. Mahama for running as a presidential candidate was not to win the presidential seat in 2020 but in 2024.

“According to J.J, Mahama’s intentions are not to win the 2020 election but to hijack the NDC with his money so that he leads the party in 2024.”

The death of the first President of the fourth republic has created a bit of confusion as to whom deserves to give him a befitting burial.

The General Secretary of the NDC, Johnson Aseidu Nketia in an interview, accused the incumbent government of trying to hijack the funeral of the founding father of the political party.

“Everything about this funeral, so far, depicts an attempt by an opponent to hijack the funeral of the founding father of our political party, and we don’t think the funeral of our party founder ought to be organised somewhere, and we get invited,” he said.

Meanwhile, Mr Frimpong noted that Mr. Rawlings would not have wished to be laid to rest by the current crop of NDC leaders.

“They are robbing the former President Rawlings of a befitting burial so they can hold a party funeral, so the party can benefit,” he added.