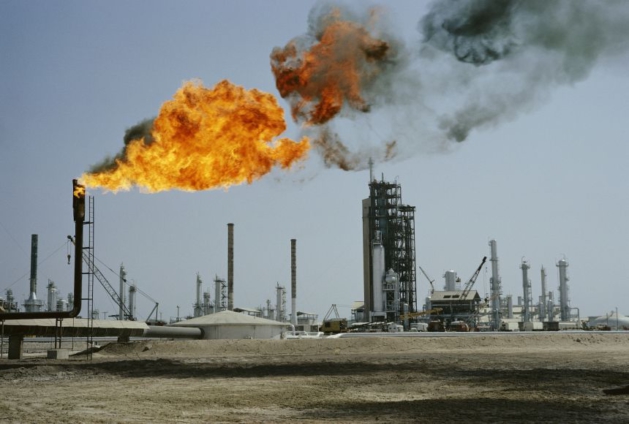 High-ranking and grassroots diverse religious groups from Africa and around the world have called for a Fossil Fuel Non-Proliferation Treaty, a legally binding international agreement that would prohibit new fossil fuel development, require an equitable phase-out of coal, oil, and gas, and commit resources for a just transition to a sustainable future for affected countries and workers.

Religious leaders and grassroots religious activists supported a legally binding treaty during a virtual event co-hosted by the Catholic University of Eastern Africa, the Supreme Council of Kenya Muslims, the Laudato Si Movement, and GreenFaith, stating that it reflected a moral, spiritual, and practical necessity given the lack of progress in reducing fossil fuel production.

They also asked people of various religions around the world to sign a multi-faith letter in support of this call for governments and financial institutions, which would be released prior to COP27.

“The main cause of the climate emergency is fossil fuels,” said Meryne Warah, GreenFaith’s Global Director of Organizing based in Nairobi.

“For the sake of life and to prevent massive, cruel levels of suffering, Africa and the world need a binding agreement that stops new fossil fuel projects, phases out existing production, and provides generous support for a transition to a clean energy future and universal access to clean, affordable energy.”

Religious activists Hilda Nakabuye of Uganda, who works with Fridays for Future spoke about the devastating impacts of fossil fuel development and climate change effects in communities.

His concerns were also reiterated by Frances Namoumou, of the Pacific Council of Churches.

“In the Pacific Islands, people are already losing their homes, jobs, and communities due to rising sea levels,” said Namoumou. “To be faithful to their religious beliefs,” said Nakabuye, “people of faith need to call for an end to fossil fuels and a just transition for all.”

In a keynote address, Rev. Dr. Joshtrom Kureethadam of the Vatican Dicastery for Integral Human Development reiterated the Vatican’s recent support for a Treaty.

“Historically and presently, those hit first and worst by climate change in Africa and worldwide have a tiny carbon footprint. Why should they suffer while the world’s largest corporations and wealthy governments fail to act?”

“I signed the Fossil Fuels Non-Proliferation Treaty because weaning ourselves off of our dependency on fossil fuels is not only a vital first step in reversing the horrific damage we have done to this planet. I believe it is also my Islamic duty,” said Imam Zaid Shakir.

The event marked the beginning of a period of increased fervor in public religious activism for climate justice.

Throughout October, grassroots religious groups around the world are protesting new fossil fuel projects and calling on the world’s largest asset managers to end support for climate-destructive projects in France, East Africa, the United States, Indonesia, and Australia.

The GreenFaith International Network is organizing this global, month-long series of actions.

The Catholic community is also celebrating the upcoming film “The Letter,” which tells the story of the Laudato Si’ encyclical letter and the unfolding ecological emergency.

It is the result of several years of work by the Laudato Si Movement in collaboration with Off the Fence (the Oscar-winning producers of My Octopus Teacher) and the Vatican, and it will premiere on October 4th.

The Fossil Treaty Initiative was launched in 2017 by the Least Developed Countries (LDC) group at COP23, who emphasized the need for “an increase in ambition by all countries to put us on track to limit the global temperature increase to 1.5 degrees Celsius by strengthening our national contributions, managing a phase-out of fossil fuels, promoting renewable energy, and implementing the most ambitious climate action.”

Over 100 Nobel Laureates including the Dalai Lama, 40+ cities, 250+ parliamentarians, 1,000+ NGOs, and 2,000+ scientists and academics have all endorsed the Treaty Initiative.

“Religious groups have provided influential past support for international treaties in the past, most notably the Paris Agreement and the Nuclear Non-Proliferation Treaty,” said Ashley Kitsiya of Laudato Si’ Movement. “We have a legacy of vigorous public engagement that we intend to bring to the climate issue.”

DISCLAIMER: The Views, Comments, Opinions, Contributions and Statements made by Readers and Contributors on this platform do not necessarily represent the views or policy of Multimedia Group Limited.
Tags:
Non-Proliferation Treaty
religion