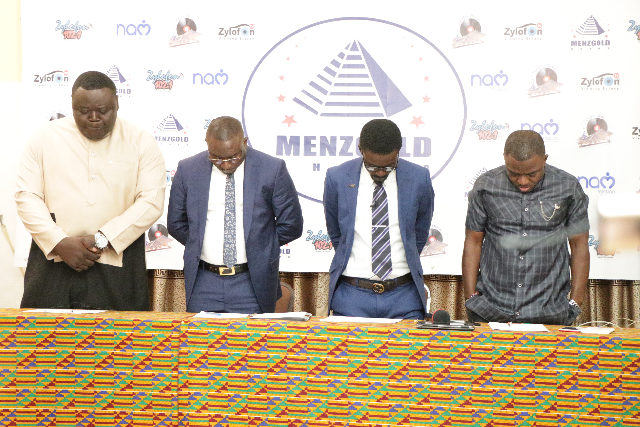 The boss of the embattled gold dealership firm, Menzgold, has called on his “local and international detractors” to repent.

They should accept Jesus Christ; he urged them at Monday’s press conference, called to address hordes of clients whose investments have been locked up since the collapsed of his firm in October 2018.

Nana Appiah Mensah, who had been in detention in the cells of Dubai and Ghana for a period of nine months, spoke for the first time at the MJ Grand Hotel in Accra.

In relation to his case in Ghana, police say he is standing trial for defrauding by false pretense and money laundering.

These cases relate to operating what has been described as an unauthorised deposit-taking.

Not only did this forced the Security and Exchange Commission to close his firm down, but an international alert was triggered for his arrest when it had come to the attention of state security he had jumped bill.

Some journalist at the press conference on Monday wanted to know whether Mr. Mensah was not a victim of persecution.  Nana Appiah Mensah’s response turned the press meeting into a short sermon on repentance.

He said he is not daunted by whatever perceived enemies do and quoted an Apostle of the Jesus Christ, Paul, who said “all things work together for the good of them that loves the lord, those who are called according to his purpose,“ to buttress his point.

Nana Appiah Mensah is also guided by the advice of his mother that life is a struggle.

“My mother taught me that life is war especially if you are a man. And so in all things I give all glory to God,” he sermonized.