Report: Mergers and acquisitions on the rise in Ghana - MyJoyOnline.com

Report: Mergers and acquisitions on the rise in Ghana 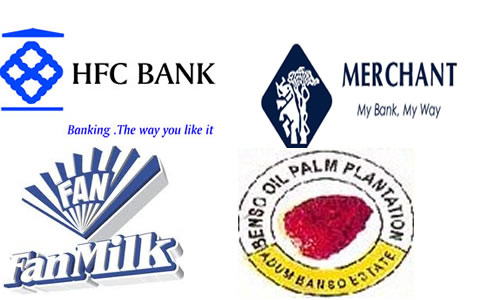 For about a fortnight now, HFC Bank has been in the news after its largest single shareholder, Trinidad and Togabo's retail banking group Republic Bank Limited (RBL), makes a move to acquire the bank.

RBL has been a shareholder of HFC Bank since December 2012 when it purchased a 8.7% equity stake in the bank for an amount of $8 million.

It increased its stake in June, 2013 to 32.02% after buying an additional 23.3% which was previously held by Aureos Africa Fund LLC. It further acquired another 7.9% in 2013 from the Union Bank of Nigeria and this increased the RBL's shareholding in HFC Bank to the current 40 percent.

While mergers and acquisitions (M&As) have proven to be an important arrow in the quiver of any business at any stage of development – whether start up or mature and established, some experts in the financial sector have attributed the recent spate of M&A steadily growing local content drive although others believe it is more the result of globalisation encouraging more international investment.

Mr Randolph Rodrigues, a senior investment banker at Stanbic Bank Ghana, predicts a rise in M&A activity in the country given the increasing emphasis on local content across sectors in the country.

According to him, "the renewed quest for the institution of local content requirements across industries is expected to drive a wave of M&A activity, with larger foreign-owned enterprises seeking partnership opportunities with indigenous operations to continue to grow within the legal framework of their respective industries. Banks are well placed to lead the way in advisory services.”

Towards the end of April, 2014, Merchant Bank Ghana’s name was changed to Universal Merchant Bank (UMB) after Fortis Equity Fund Ghana acquired the bank in the much-contested takeover.

Other notable M&A transactions include the acquisitions of Provident Life and Express Life by Old Mutual and Prudential Plc respectively, in the insurance sector.

The acquisition of FanMilk International, producers of dairy products and fruit drinks, by Abraaj (the middle-east based private eq­uity firm with a strong presence in sub-Saha ran Africa) through its prior acquisition of Aureos Private Equity Fund, and Danone (French global leader in the dairy, baby food and water products), has been a major devel­opment in the fast-moving consumer goods segment.

The acquisition of Benso Oil Palm Planta­tion by Wilmar Group, in the agriculture space and the merger of Keegan Resources and PMI Gold in the mining sector have also vividly illustrated the growing M&A activity in Ghana.

Randolph Rodrigues, who heads the M&A and Financial Advisory desk at Stan­bic Bank, says that as Ghana’s economy con­tinues to expand and mature, more and more domestic institutions should develop aspira­tions or potential to expand their reach be­yond Ghana’s borders and M&A will be key in for securing a broader geographic foot­print.

“Most firms that assume debt in their cap­ital structures will borrow money, refinance restructure and retire loans multiple times during the life of the business; however a typ­ical firm will only execute one M&A trans­action – in which it engages a financial or strategic partner. It is therefore critical to so­licit capable advisors.

“M&A is a complicated product, and it should be handled by institutions that have this line of business as a core competency. Fi­nancial advisors are required to guide their clients through an intricate and detail-inten­sive process with tremendous impact on the future of clients’ businesses amid limited to no room for error or failure,” he said.

Even though numerous financial entities list ‘investment bank’ or ‘corporate finance advisory’ among their services, an educated survey of the financial services sector shows that a majority of the transactions executed in the market have been advised on by a select group of financial institutions.

Aggressive growth in the financial sector over the past decade has spurred meaningful M&A activity with Ecobank Transnational acquiring The Trust Bank and Access Bank merging with Intercontinental Bank.

Bank of Africa, a francophone West African banking group, a few years ago bought out the 49% equity stake in the erstwhile Amalgamated Bank held at the time by Nigerian investment holding company Meeky Investments.

Rodrigues believes more will soon follow, with future potential increases in capitalisation requirements and general industry competition expected to lead to further consolidation in the sector.

“Further deregulation of the economy will likely entail additional privatisations or government divestment of assets in which it holds non-strategic stakes which presents an-other avenue for M&A”, he said.

Analysts believe the positive press about Ghana over the past decade that highlights its open economy and stable political climate has spurred growth and sustained foreign investment in Ghana.

This coupled with the broad recessions across the developed world has driven substantial interest in Ghana within the Africa-focused investor community.

Ghana’s ever-evolving telecommunications market has not also been spared. MTN took over Areeba after the latter had taken over Spacefon.

Similarly, Hong Kong headquartered Hutchinson Whampoa took over die only privately owned Ghanaian mobile network, Celtel in the late 1990’s and re-named it Kasapa before selling it to a Middle East based firm which has since rebranded it as Expresso.

The growing size, depth and sophistication of Ghana’s economy is creating more opportunities for M&As.

As these opportunities are taken expect corporate takeovers and mergers to become increasingly common, and the structure of corporate Ghana to keep changing.