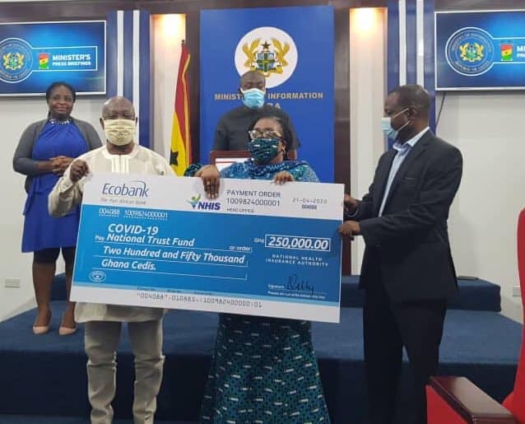 NDC MP Mahama Shaibu has demanded that monies donated to the Covid-19 Trust Fund by state bodies be refunded to them.

Shaibu, a member of the Constitutional and Legal Affairs committee of Parliament, says public institutions have no standing to donate the monies to the Covid-19 Trust Fund.

According to the Daboya-Mankarigu MP, Parliament, which acts as protector of the public purse, have not approved such expenditures, making it illegal.

He stressed the news of the donations came as a “shock” to him since even the law establishing the fund says the donations should come from individuals or corporate bodies.

Writing to the Attorney-General, Shaibu noted that the officials of these institutions could be subjected to legal proceedings.

“I am of the candid opinion that all such contributions should be returned to the public/state Institutions lest the principal officers and the governing boards of the contributing public/state institutions stand the risk of being dangerous, exposed and potentially liable to be surcharged by the Auditor-General for making illegal or wrongful payments,” he said.

“Misplaced priorities…. paying service providers is much better than this eye service you doing. What is wrong with you guyz,” Faisal Guvnor, a Facebook user wrote.