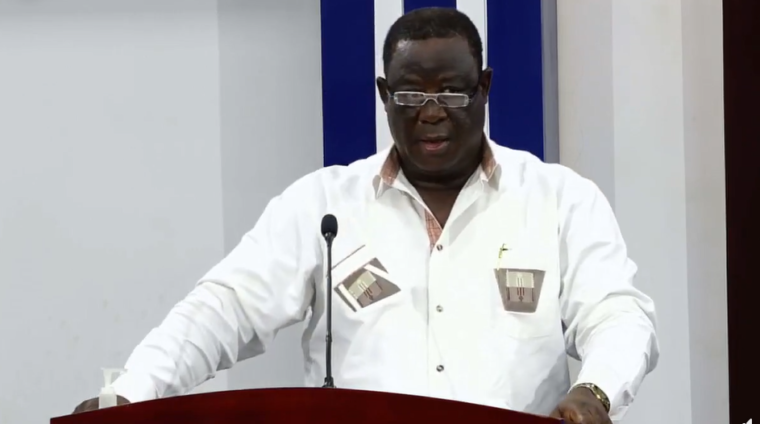 The Roads Minister, Kwesi Amoako-Atta, expressed outrage upon discovering during a tour of the Ashanti Region, that a recently constructed bridge has been washed away by the rains.

The Nsuotem Bridge in the Efigya Kwabre North District was built just before the rains this year, but caved in following a recent downpour.

Mr. Amoako-Atta who witnessed the incident today, did not hide his anger.

The Minister also instructed the engineer who was responsible for the construction of the bridge to report to his office on Monday, May 23.

“Invite him to report to me in the office on Monday,” the Minister said.

He assured residents that government will urgently treat the situation and fix the bridge as soon as it can.

Meanwhile, MP for Afigya Kwabre North, Collins Adomako who reported the incident to the Roads Minister says the National Disaster Management Organisation (NADMO) has closed the road to ensure safety of residents.

“Let me say thank You to the Minister for a very swift response to my request…Currently, the NADMO officials in collaboration with the District have mounted a closure of that particular road, because when we got there, some of the engineers did indicate that even the places that have not caved in were not safe for people to walk in and that particular section of the road has been closed down,” he told JoyNews.