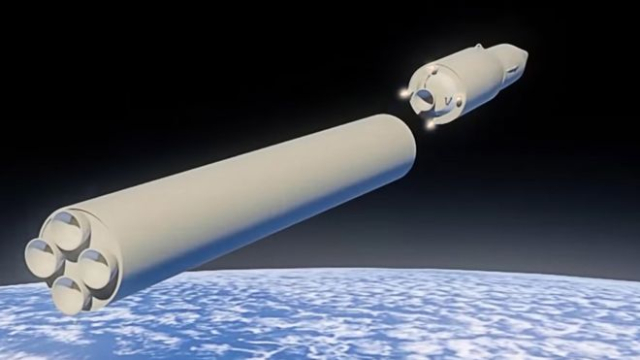 Russia’s first regiment of Avangard hypersonic missiles has been put into service, the defence ministry says.

The location was not given, although officials had earlier indicated they would be deployed in the Urals.

President Vladimir Putin has said the nuclear-capable missiles can travel more than 20 times the speed of sound and put Russia ahead of other nations.

They have a “glide system” that affords great manoeuvrability and could make them impossible to defend against.

The West and other nations were “playing catch-up with us”, he said.

Mr Putin unveiled the Avangard and other weapons systems in his annual state-of-the-nation address in March 2018, likening it to a “meteorite” and a “fireball”.

In December 2018, the weapon hit a practice target 6,000km (3,700 miles) away in a test launch at Dombarovskiy missile base in the southern Ural Mountains.

“The Avangard is invulnerable to intercept by any existing and prospective missile defence means of the potential adversary,” Mr Putin said after the test. 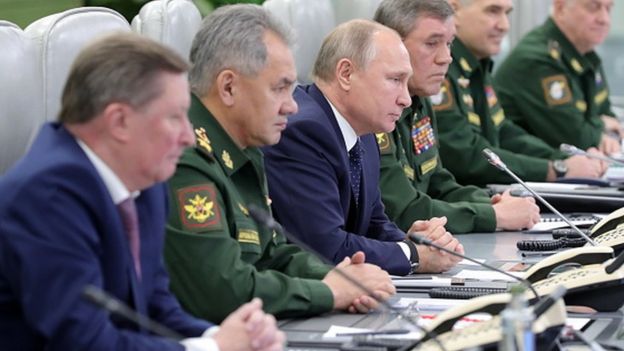 Image caption: Putin watches on as the Russian military tests the Avangard missile system in December 2018

Mounted on top of an intercontinental ballistic missile, the Avangard can carry a nuclear weapon of up to two megatons. Russia’s defence ministry has released video of the Avangard system, but weapons experts have expressed scepticism about its effectiveness.

In a statement, the Pentagon said it would “not characterise the Russian claims” about the Avangard’s capabilities. The US has its own hypersonic missile programme, as does China, which in 2014 said it had conducted a test flight of such as weapon.

On 26 November Russia allowed US experts to inspect the Avangard under the rules of the 2010 New START treaty, an agreement that seeks to reduce the number of strategic nuclear missile launchers.

The New START accord, which expires in February 2021, is the last major nuclear arms control treaty between Russia and the US.

In August this year, the US withdrew from the Intermediate-Range Nuclear Forces Treaty (INF), which was signed by US President Ronald Reagan and Soviet leader Mikhail Gorbachev in 1987.

US President Donald Trump said he wanted a new nuclear pact to be signed by both Russia and China.