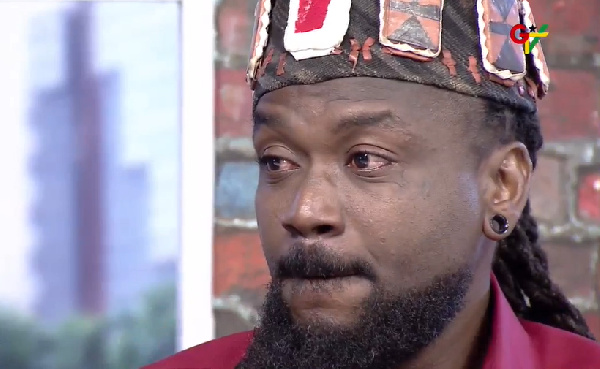 Reggae/Dancehall musician, Samini broke into tears when he opened up about the impact of the late musician Sonni Balli, in his life.

The singer, in an interview on GBC’s Breakfast Show, explained that despite being about four years younger than Sonni, he was like a godfather to him.

He explained that the late musician saved him from the street, introduced him to a studio and producer, Nana King, and eventually helped grow his career.

Samini noted that the death of Sonni Balli is a huge blow to him and the industry as well.

The news took many fans by surprise, especially since he celebrated his birthday a few days before.

Sonni Balli, who died at the age of 40, reportedly passed away after a cardiac arrest.

This news did not only hit the fans, it also pained stars who knew and worked with Sonni Balli.

Dancehall musician, Samini, in a post on Twitter, noted that he has no words to describe the news. The two had been very close and had worked together in the past.

In a 2019 interview, he gave special recognition to the man who helped him climb his success ladder when he was just at the peak of his career.