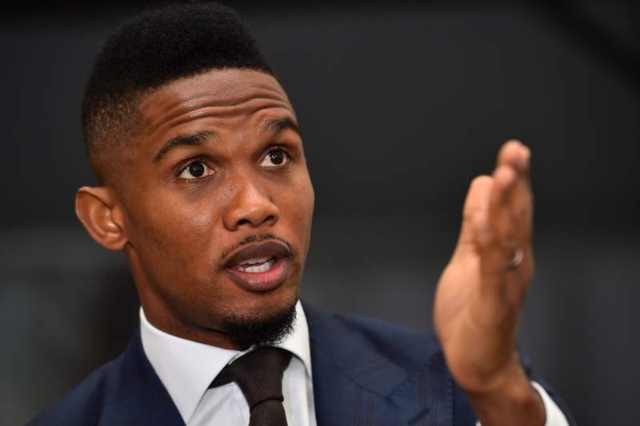 African football legend Samuel Eto’o believes the game has the power to unite people as political upheavals divide millions across the continent.

The four-time African Player of the Year winner announced his retirement from football at the age of 38 last September.

Speaking in Lagos, Eto’o says football gives respite to a continent bursting with life but burdened by challenges.

“There’s no perfect continent or country in the world (and) I believe this beautiful game can unite people of Africa like nothing else,” said Eto’o.

“Football has a massive power to create unity out of division, joy from sadness and turn a multi-cultural community into one.

“I know politicians too are equally aware that meeting the expectations of the people is crucial and football gives them a chance to connect with them.”

Eto’o is regarded as one of the greatest footballers to come out of the continent after an outstanding career in Europe.

He left his native Cameroon at the age of 16 for Spanish giants Real Madrid, before establishing himself in Spain, Italy, Russia and England.

Eto’o had a trophy-laden professional career in Spain and Italy but enjoyed much of his club success at Barcelona, where he played from 2004 to 2009.

He also won the Champions League, under Jose Mourinho, at Inter Milan in 2010, and has an Olympic gold medal, which he won with Cameroon in 2000.

“Football is a powerful religion – it preaches peace, bonding and love,” he told BBC Sport.

“It has also given opportunity to a lot of African professionals to help inspire the young ones, build their community and give the next generation something to hope for.

“In Africa we all play football as kids in any part of the continent without any idea what the future holds.

“We need to properly use this game to engage our youth, unite the people and share in the power of football.”

Eto’o’s career also included spells in Turkey and Qatar and the former forward is the all-time leading goalscorer in Africa Cup of Nations history with 18 goals.

The striker also won back-to-back Africa Cup of Nations titles with his country at the 2000 and 2002 editions.