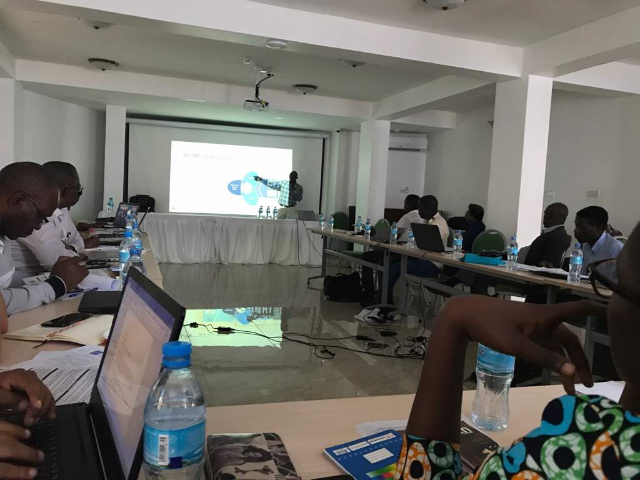 Scientists are calling on African governments to prioritise efforts to deal with climate change as they warn it is spreading fast diseases and poverty on the continent.

They are cautioning the situation will get worse in the years ahead as temperature of the earth continues to rise unabated as a result of pollution of the atmosphere, deforestation, rapid urbanization and other human activities

It is well documented that long periods of drought resulting in agric failure is negatively impacting food security all over the world but the scientists say the health implications have been equally dire.

They explain diseases like malaria, meningitis, among others are spreading quickly because of increasing temperatures.

“The increase in temperature heats the water habitat. And the mosquitoes which transmit malaria grow faster in increased temperatures. This increases the number of mosquitoes,” Edna Ototo, a medical parasitologist at the Kenyatta University in Kenya told a conference on climate change in Zanzibar – Tanzania.

Every year, an estimated 400,000 people die from malaria globally with more than 90 percent of the cases recorded in Africa.

“Increased temperatures also increase the rate of growth of the malaria parasite in the mosquito. It means the transmission will go up and then we will have an epidemic,” she added.

Edna Ototo also explained severe incidents of drought as a result of climate change is increasing malnutrition cases in Africa which is negatively impacting the health of many.

About 50 percent of all deaths in children under 5 are attributable to undernutrition, translating into the loss of about 3 million young lives a year.

“Because there is less food for women and mothers who are the most vulnerable group, there are increased diseases in children and mothers” she explained.

She says this could cause more stunted growth in Africa, and result in the development of more less intelligent children because of the absence of basic vitamins and minerals in their diets.

Wangai Ndirangu of the Jomo Kenyatta University in Kenya told the conference erratic rainfall patterns as a result of climate change is putting the lives of many at risk because of failing agriculture.

“In Eastern Africa, we are seeing increased droughts within a short period of time. We used to have 7 to 9 years between each drought. But now it has come up to three. This has left farmers in a cycle of poverty,” he explained.

He called for better planning to help deal with the problem. “If you take a city like Accra, what will be the size of the population in 10 years? Then you are able to plan ahead. That capacity is important,” he noted.

Aboud Jumbe who is Head of the Policy, Planning and Research Unit at the Department of Environment in the Second Vice President’s Office in Zanzibar – Tanzania described climate change as a difficult challenge that requires a concerted effort to tackle.

“Today, climate change and marine pollution are the most pressing “cocktail” of environmental problems ever to face humanity. In fact, the impacts of climate change are threatening to reverse decades of technological successes that the world fought so hard to achieve.

"These existential challenges have already forced us to invest more in securing our future while simultaneously striving for sustainable livelihoods. This is not easy,” he said.

Daniel Aghan of the journalism group Media on Environment, Science, Health and Agriculture called for more education on the impact of climate change for ordinary members of the public.

Director of Center for Science and Environment India which organized the conference, Sunita Narain, descried the media a key stakeholder if the world can effectively deal with the problem of climate change.

The conference brought together about 20 journalists from across Africa for a briefing on the impact of climate change and a launch of the second special Africa Issue of the Down to Earth Magazine.

The conference was on the theme: “Climate Change – Impacts, challenges and opportunities.”