Security personnel deployed to Lukula over land and chieftaincy dispute 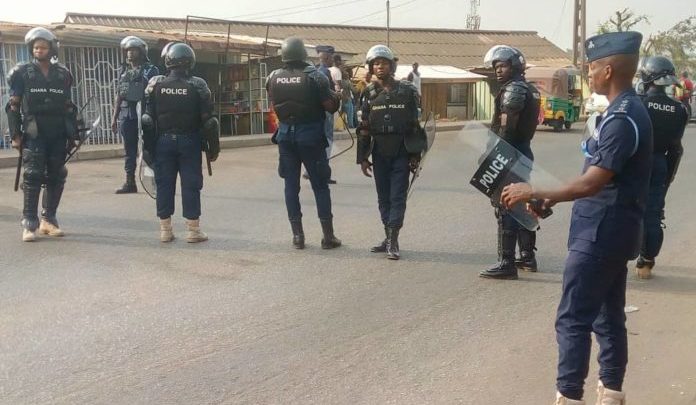 A joint security personnel from the North East and Savanna Regions have been deployed to Lukula following a renewed land and chieftaincy dispute between Gonjas and Mamprussis.

The North East Regional Minister, Yidana Zakari, who confirmed the deployment said, the tension is as a result of the presence of several armed warriors sent by one of the contending chiefs to accompany a rival chief who was enskinned on Saturday.

According to the Minister, the residents who have rejected the new Chief are resisting the presence of Gonja warriors and arming themselves to drive them out of the community.

Mr. Yidana said this informed the decision to have the Police personnel deal with the situation to avoid a bloodbath.

Meanwhile, the Mamprussi Paramount Chief, So Naba Nantongmah Seidu, alleged to have issued a one-hour ultimatum to the security agencies to clear the heavily armed Gonja men from the community.

Failure by the security forces to exit the community he allegedly said, will lead to a confrontation.

The two tribes have been fighting over Lukula with each claiming the town as part of their territories.

The rivalry commenced in 2019 following attempts by the Gonjas to enskin a rival chief for the area.