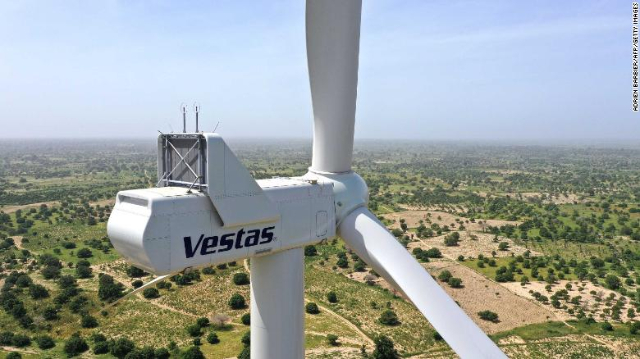 As part of its plan to push for more renewable energy, Senegal inaugurated what it describes as West Africa’s largest wind power plant on Monday.

The zero-emissions power plant will supply up to 15% of Senelec’s energy production. Senelec is Senegal’s national electricity company.

Located in Taiba Ndiaye, about 86 kilometers from Dakar, the country’s capital city, the wind power plant has a capacity of 158 megawatts.

According to a video posted on President Macky Sall’s official Twitter page, the power plant was built in 24 months.

“A new step in the energy market towards an emerging Senegal. Emerging Senegal, a Senegal that is fueled by its momentum through an energy mix that combines all of our potentials to ensure continuous quality service at competitive costs,” President Sall wrote.

It was built by British renewable power company Lekela, which also has wind farms in Egypt and South Africa.

The government of Senegal has made the development of the power sector a key component of its plan to make the West African country an emerging economy by 2025.

One of its priorities for achieving this is increasing access to electricity, particularly in rural areas through wind power and photovoltaics — the conversion of light into electricity, according to the country’s 2018 energy policy.

Electricity has reached only about 65% of Senegal’s 15 million people, according to data from the US Central Intelligence Agency.

Through the wind power plant, 2 million more Senegalese will gain access to electricity, according to a tweet from President Sall’s office.