Set your priorities straight and get off my chest! - Efia Odo tells critics - MyJoyOnline.com

Set your priorities straight and get off my chest! – Efia Odo tells critics 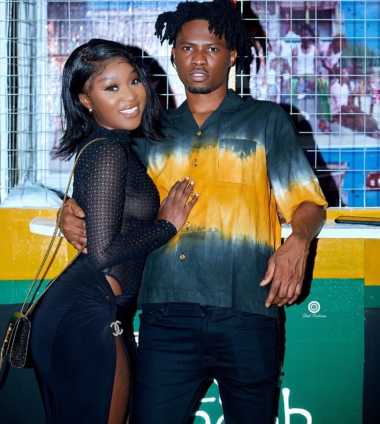 Following musician, Kwesi Arthur’s Son of Jacob album launch event, discussions on the album and the event have almost always ended with a discussion on what socialite and actress, Efia Odo wore to the event.

Some critics have criticized her dress saying it was indecent and inappropriate; others are calling for sanctions against her.

Now the actress is fed up.

If I knew this would happen like I would’ve worn kaba and slit, I fucked up https://t.co/LWovhwMnaD

In a twitter post,  Efia Odo reprimanded these critics for their fixation on her dress instead of the body of work that was being celebrated at the event she attended.

She said, “You won’t go and arrest people who do illegal mining, the two pimples on my chest is what you’re worried about? Set your priorities straight and get off my chest! Jokers !!”

You won’t go and arrest people who do illegal mining, the two pimples on my chest is what you’re worried about? Set your priorities straight and get off my chest! Jokers !!

Whereas some tweeps have shown support to the actress, others believe her recent involvement in the #FixTheCountry campaign demands that she changes her lifestyle to fit that of a model citizen’s.

So because they haven’t arrested them so when you do something bad aaa they shouldn’t punish? Smh

Fixing the country involves maintaining law and order. What you wore that day was exhibiting nudity which is against the law so tryna get you is the right call ma'am. At least they can start fixing the country from persons who preached it😊

When are Ghanaians going mind their business and drink water 🤷🏾‍♂️

That is all…. there are important issues to solve not Efia Odo

Meanwhile, Kwesi Arthur has said he is not embarrassed by Efia Odo’s appearance and the aftermath of it.

He said, “I can’t be embarrassed by that…In terms of what she wore I feel like she’s a confident woman and she’s not ashamed of showing herself and like being herself and yeah I admire her for that.”

Why Would I not support Kwesi Arthur ?? His intelligence alone😩💜🤞🏾 https://t.co/lW5LvTpVNB