Should President Mahama and the NDC rely on the silent majority? 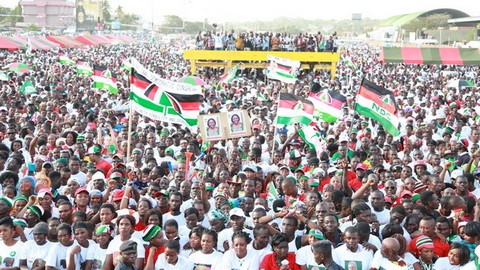 Following the election of Donald Trump as president of the US, some Ghanaians especially those aligned to the NDC are hoping that the silent majority will vote to retain the very unpopular President Mahama.

They draw comparison to the supposed media bias against the NDC similar to what happened in the US against Donald Trump. Facts, however, prove that if the silent majority even determines who wins elections in Ghana, the NDC can't have a silent majority:

1. In the just ended US elections, Hilary Clinton spent so much money on the media and equally controlled virtually all the TV channels. Donald Trump relied mostly on social media campaign. The results proved that Donald Trump did better political investment.

Fast forward to Ghana in this 2016 elections and you'll realise that the NDC has bought the media. Very expensive adverts are carried on all TV and radio stations. President Mahama and the NDC are equally using very expensive and colourful billboards. These are all characteristics of the very lousy and noisy NDC campaign. The NPP can't do this. So with all these, who do you think has the silent majority? The NDC is noisy and all their supporters are noisily shouting, JM toaso. Even chiefs that support them are not silent. The NDC has a noisy minority and is simply heading for opposition starting the 7th of January, 2017.

2. It is essential to note that Donald Trump campaigned on the hardships and sufferings in the US under the 8 years of the Democrats. He campaigned using the challenges of the ordinary American.

Interestingly, the NPP is also campaigning in this 2016 elections using the hardships and untold sufferings of Ghanaians under the 8 years of the NDC.

3. The NDC know very well that they have lost the elections and they relying on the silent majority is laughable. The NDC are only trying to create a false sense of hope on their supporters. In fact, the NDC own history disputes their claim on reliance on silent majority. It is essential to note that whenever the NDC is winning an election, they were always the loudest. In 2008, they were very loud with their yeresesamu song.

They will sing and mention the names of districts and regions in different parts of Ghana and ask them to tell Ghanaians about how they are all changing. And they won the elections. In 2012, they were shouting everywhere with their edey bee keke slogan. Teachers, nurses, taxi and trotro drivers were all supporting them. They were confident of their victory and never relied on any silent majority. It was the same in 1992 & 1996. The NDC have never relied on any silent majority. They have lost the plot and defeat for president Mahama and the NDC is only a matter of days. Change have come, NanaB3ba,In sha Allah.