South African President warns of racial division after protest against a 'whites-only graduation party' ends in a clash - MyJoyOnline.com 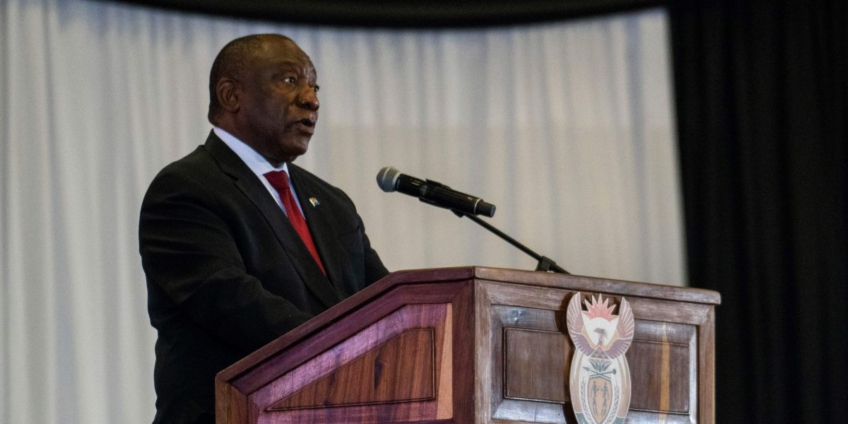 South African president Cyril Ramaphosa is warning his citizens about potential “racial polarization” after activists from the Economic Freedom Fighters (EFF) claimed that they were attacked by “right-wingers” during a recent protest against a whites-only graduation party.

According to the BBC, Mr. Ramaphosa issued a statement, saying “the spectacle of parents and protestors coming to blows at the school gate is deeply unfortunate.”

“What happened… brings back hurtful memories of a past we should never seek to return to,” he added.

Brackenfell High, the Cape Town school from which the revelers at graduation party attended, said it had nothing to do with the event.

According to the Cape Argus newspaper, parents, residents and security guards gathered outside the school after the EFF called for a protest.

Pictures and video have surfaced online, showing EFF members being shouted at by counter protestors before breaking out into a brawl, which the police struggled to contain.

One man has been arrested for allegedly firing shots in the air.

Ramaphosa also called for the EFF and right-wing counter protesters to resolve their tensions peacefully.

The EFF has since released its own statement and said the protest was peaceful and “armed right-wingers” attacked its members “in what was a display of pure white arrogance.”