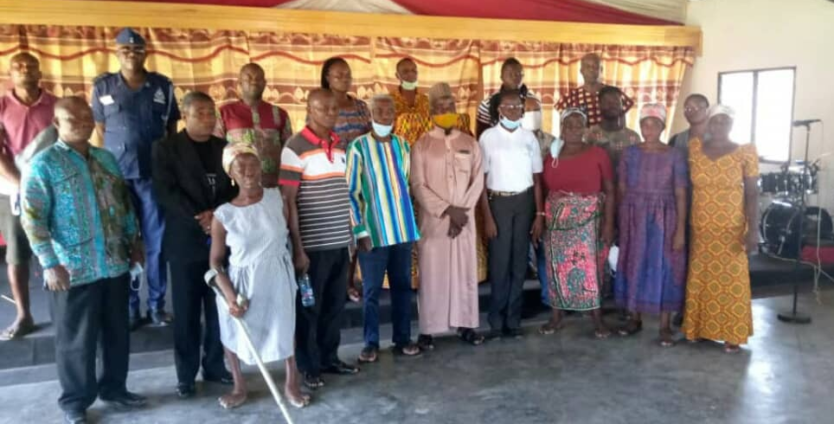 The South Dayi District Inter-Party Dialogue Committee (IPDC) has been reactivated ahead of the December polls to resolve conflicts and enhance the prevailing peace in the area before, during, and after the elections.

South Dayi District Director of the National Commission for Civic Education (NCCE), Mr. Sena Amedenu Bosson, said the reactivation of the Committee was necessary to enable them to develop a comprehensive action plan towards ensuring resolution of matters arising during the election.

He said the Committee would provide a platform for various stakeholders and political parties to engage in maintaining the peace and tranquility in the District, adding that it would also educate and monitor activities of political parties and their supporters to ensure that their activities did not destabilize the country.

Mr. Bosson said the Committee would put mechanisms in place to deal with the defacing of posters, use of provocative and abusive language by political parties, vote-buying, and abuse of incumbency.

He called on political actors to ensure that their activities did not plunge the country into chaos, but rather help maintain the peace of the country as the country could only develop in an atmosphere of peace.

Deputy Superintendent of Police (DSP), Mr. Harry Selormey, Kpeve District Commander, advised people who engaged in defacing posters of political opponents to desist from the act as it was a criminal act punishable by law.

He said his outfit, in collaboration with other sister security agencies, would continue to provide maximum security to the people before, during, and after the elections, urging the citizens to endeavour to abide by the rules and regulations governing the elections.

New Patriotic Party’s (NPP) polling station secretary, Madam Irene Balley, who represented the party said the NPP was committed to the peace of the country and would not do anything to destabilize the country, calling on the party members to work hard to retain the party in power.

A member of the National Democratic Congress (NDC), Mr. Newton Agyemang, said the party valued the peace of the country and is committed to maintaining it at all times, urging the electorates to vote massively for the party to come back to power to enhance the socio-economic development of the country.

Co-Chairman of Progressive People’s Party (PPP), Mr. Kofi Nani Explo, said peace was essential in any democratic governance, adding that the party cherished peace and would therefore not engage in any activity that has the tendency of jeopardizing it.

Chairman of the IPDC, Reverend Nelson Nyavor Bonsi, said the Committee was determined to put all necessary mechanisms in place to enable it to discharge its duties effectively.