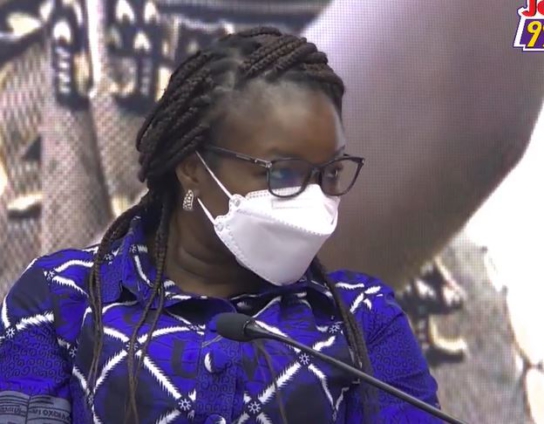 Special aide to former President John Dramani Mahama has charged the Attorney-General to lead a campaign against teenage pregnancy.

This, she believes will significantly reduce the number of teenage pregnancies recorded in the country.

“Let me state and with no fear of equivocation that, the Attorney-General’s Department can also lead a campaign to arrest and prosecute on behalf of this Republic, adult men who are caught or found wanting in this regard,” she said.

She entreated the Attorney- General’s Department to strictly enforce laws, as well as prosecute men who indulge in the act to serve as a deterrent to others.

“When it comes to the malefactor in all of this, I think that the law itself, maybe, is not working as it should. People like to see examples that serve as deterrents to others.”

She made the call during discussions on how to curb teenage pregnancies, following the release of a report which revealed that incidence of teenage pregnancy in the country, is skyrocketing .

Speaking Friday, September 3, 2021, on the show, Mrs Mogtari blamed the development on various factors including; poverty, unemployment, break in the nuclear family system, lack of proper sexual education for young girls, and lack of strict enforcement of laws against men who impregnate young girls.

“Society has also become rather passive when it comes to these issues and has become a bit more tolerant. When you look at the young girls who sell along our streets, most of them are pregnant and most of them are below the ages of 20 and 18. Most of them are supposed to be in school but they are not,” no one seems concerned.

She added that cases are reported annually, however, nothing is heard about men who engage in the act.

She also called for a national dialogue, where political actors, especially female politicians will come together and hold discussions on how to reduce the phenomenon.

“We really have no business having children raising children. So what we need to do is that there must be a certain political commitment. You know in Ghana, we love our politics so anything that we politicise will actually raise and build awareness. That will also significantly reduce the canker.

She further called for psychological, emotional, and financial support for victims of teenage pregnancy.

DISCLAIMER: The Views, Comments, Opinions, Contributions and Statements made by Readers and Contributors on this platform do not necessarily represent the views or policy of Multimedia Group Limited.
Tags:
Joyce Bawah Mogtari
Super Morning Show
Teenage Pregnancy