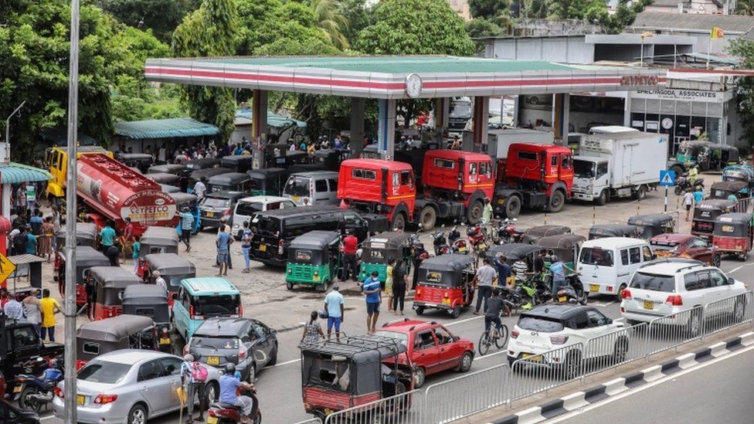 Sri Lanka’s new prime minister says the country is down to its last day of petrol as it faces its worst economic crisis in more than 70 years.

In a televised address, Ranil Wickremesinghe said the nation urgently needs $75m (£60.8m) of foreign currency in the next few days to pay for essential imports.

He said the central bank will have to print money to pay government wages.

The island nation’s economy has been hit hard by the pandemic, rising energy prices, and populist tax cuts. A chronic shortage of foreign currency and soaring inflation had led to a severe shortage of medicines, fuel and other essentials.

In the capital Colombo, auto rickshaws, the most popular means of transport in the city, and other vehicles have been queuing at petrol stations.

“At the moment, we only have petrol stocks for a single day. The next couple of months will be the most difficult ones of our lives,” said Mr Wickremesinghe, who was appointed prime minister on Thursday.

However, shipments of petrol and diesel using a credit line with India could provide fuel supplies in the next few days, he added.

Mr Wickremesinghe said the country’s central bank would have to print money to help meet the government’s wage bill and other commitments.

“Against my own wishes, I am compelled to permit printing money in order to pay state-sector employees and to pay for essential goods and services. However, we must remember that printing money leads to the depreciation of the rupee,” he said.

In recent weeks, there have been large, sometimes violent, protests against President Gotabaya Rajapaksa and his family.

Last week, the president’s elder brother Mahinda resigned as prime minister after government supporters clashed with protesters. Nine people died and more than 300 were wounded in the violence.

On Friday, Mr Wickremesinghe told the BBC, that the economic crisis is “going to get worse before it gets better”.

In his first interview since taking office, he also pledged to ensure families would get three meals a day.

Appealing to the world for more financial help, he said “there won’t be a hunger crisis, we will find food”.

DISCLAIMER: The Views, Comments, Opinions, Contributions and Statements made by Readers and Contributors on this platform do not necessarily represent the views or policy of Multimedia Group Limited.
Tags:
PrimeMinister
Sri Lanka