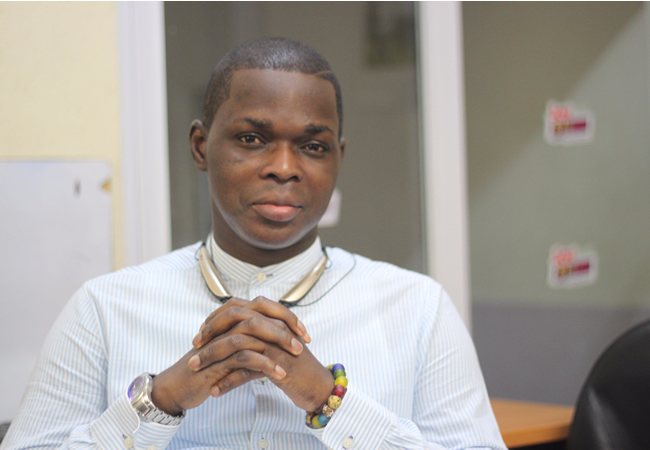 So the doctors went back to work on Monday. They were quick to point out that this was not an end to the strike, but merely a suspension of it. They say it was as a result of pleas from various prominent Ghanaians that they are returning to work. Those reports that over 500 people lost their lives during the strike, due to absence of doctors, were dismissed by Dr Justice Yankson of the GMA. I confess, I never miss the irony of doctors withdrawing their services to demonstrate how important they are, and how much we lose when they're not there, but then they're quick to dismiss any suggestion that we actually lost anything from their absence during the strike.

The bitter truth is that the doctors did not trust the government to continue negotiations while they remained at post, which is why they insisted on agreeing conditions of service before they resumed. But now that they have returned, they have no choice but to trust the government even though historically, all administrations have shown zero commitment to providing doctors with conditions of service. Either way, the people of Ghana cannot afford another Doctors' strike, and so they certainly expect Government to stick to their word and see these negotiations through, so that whatever is agreed can be factored into the 2016 budget, and our doctors can have codified conditions of service from next year onwards.

On Monday, we also heard from a Ghanaian born Electric Power Engineer, Benjamin Dedjoe, who, in spite of living in the USA, where there is no Dumsor, was concerned enough about Ghana's energy crisis to bring a few of his friends down to Ghana, with the aim of offering the Government free advice on ways to permanently end Dumsor. He says he went round to several Government officers and energy experts, who were simply not interested in whatever he was offering. They told him if he wanted a job, he should apply to ECG. Eventually, he got through to Raymond Atuguba, Executive Secretary to our President who is losing sleep over Dumsor. He was apparently even more dismissive of Mr Dedjoe's efforts to help. Eventually, the bogga just gave up and went back home to the land of constant power that is the USA. Raymond Atuguba was not available for comment at the time, but has since listened to Dedjoe's claims. We await a response.

On Tuesday, we all expressed our shock at the viral video of a police officer repeatedly smacking a passenger with a truncheon. We spoke to the man who shot the video of this callous act on his cell phone, and asked the police what they were prepared to do about this rogue cop. The Police PRO said the usual… "We will investigate thoroughly, we will bring him to book, he will face justice…" but he also had no updates for us on other investigations into police brutality which were also caught on camera, so you tell me how confident you are in their ability to deal with this issue.

Although I must add that the offending officer's unit commander came straight to Joy FM after our show and sought all the relevant information to help them apprehend the culprit. This indicated to me at least a desire to deal with the matter. Let's see how far they get this time. We'll keep you posted.

On Wednesday, we tried to understand why the Ga South MCE would demand that residents of armed robbery hotbed, Amanfro should donate cement and motorcycles towards the provision of police services in their area. Some of you thought that was fine, some of you didn't. I just think we should get what we pay for as a nation. If I want to spend my personal money on security, I'll spend it on my personal security. I've already paid for community security. It comes out of my salary every month, and it's called tax, so if the state wants to keep deducting my money, it should give me my services. They've already scammed me with my health. I won't let them get me with my safety too.

We also talked about the disturbing story of a young KNUST graduate who left these shores to join middle eastern terror group, ISIS.  You know, some people are strange. You won't even leave your house to demonstrate against Ghanaian problems, but you'll trek across the country to kill for some other people's issues? Patronise made-in-Ghana kakra eh!

Today though, you really don't want to miss the show. It's another Kojo V Nhyira debate and this time, the question is simple: would you let your partner have access to your phone? Nhyira says Yes, but I don't. Take a stand. Pick a side today: #TeamKojo or #TeamNhyira?

My name is Kojo Yankson, and it's been a week of Stars, Strikes, Culture and Communicators