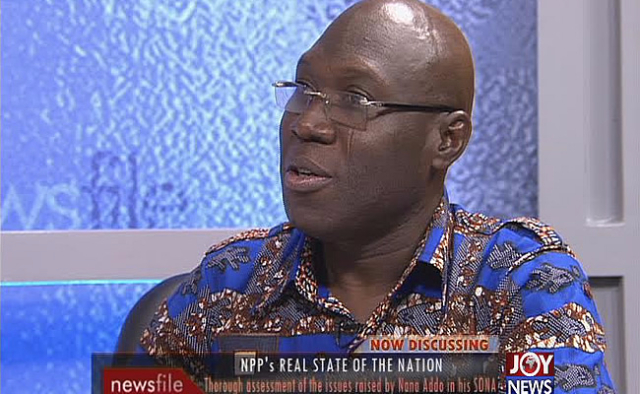 Former Lands and Natural Resources Minister is challenging president Nana Akufo-Addo to walk the talk of fighting corruption and not to compare his record to his predecessors.

Inusah Fuseini said Ghanaians will use the standards president Akufo-Addo set for himself and the commitment he made to fighting corruption to judge him and not the standards of his immediate predecessor John Mahama and the others before him.

While he believes President Akufo-Addo looks like a “president with a purpose”, the Tamale Central MP said Akufo-Addo has been a “lame duck president” thus far.

He made the comments on Joy FM’s Newsfile programme, Saturday while contributing to the allegations of corruption levelled against three government appointees.

Communications Minister Ursula Owusu Ekuful, and two Chiefs of Staff Abu Jinapor and Boakye Asenso have all been accused of bribery and corruption, allegations they have all vehemently denied.

Their accusers, Assin Central MP Kennedy Agyapong and musician A Plus have all been contacted by the CID to provide evidence to back their allegations.

Despite the investigations, Inusah Fuseini believes the president is not doing enough in the fight against corruption.

He said the president must accompany his speeches with actions.

“Leadership is not talking. Leadership is doing,” he said, adding the president must direct the Attorney General to prosecute members of the Delta Forces who invaded a Kumasi Circuit court to free their colleagues.

When his attention was drawn to the failure by the John Mahama administration to prosecute cases of corruption, Inusa Fuseini was quick with a retort.

“That is why we voted for change. Not so? Repeating mistakes is not experience. The standard is not president John Mahama or other presidents. We are holding president Nana Akufo-Addo to the standards he set for himself.”

He said the president must keep an eye on his appointees, especially those at the presidency.

Deputy Finance Minister Kweku Kwarteng who was also on the show said the controversy must not be looked at as a “party matter.”